A look at the filming locations used in SPECTRE. 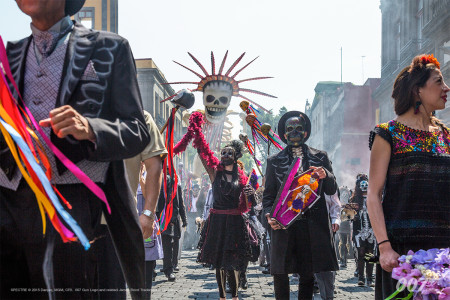 The event took place the week before filming started and Mendes announced the new film was to be titled SPECTRE. He also unveiled the Aston Martin DB10 and introduced the principal actors.

Later the same day a press release divulged the filming locations. These were Pinewood Studios and London, Mexico City, Rome, Austria and Morocco.

Here we take a look at each of the locations used in SPECTRE .

The scenes from the pre-title sequence were filmed in Mexico City between the 19th and 31st March 2015. 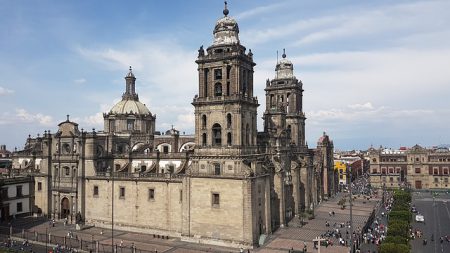 Mexico cathedral in the Zócalo (PixaBay)

The entire sequence was filmed in and around the historic Plaza de la Constitución, more usually known simply as Zócalo. The scenes feature an elaborate Day of the Dead parade staged especially for SPECTRE, ending with a fight in a helicopter with the panicking crowds in Zócalo below.

While the Day of the Dead is celebrated throughout Mexico, the parade is not typical. It is only after the release of the film that the authorities in Mexico City decided to put on a parade each year inspired by the sequence from SPECTRE.

Once again filming took place on the soundstages of Pinewood Studios, where the production was based.

SPECTRE also used a number of locations across London as well as Blenheim Palace in Oxfordshire.

Filming took place at a number of locations across London for SPECTRE.

As well as scenes in which Bond visited the new MI6 headquarters, we saw his Notting Hill flat, accessed Q-Branch via Camden lock and dined at Rules restaurant. On top of that Bond, M, Moneypenny and Q meet at an MI6 safe house near Admiralty Arch before driving across London only to be intercepted by Blofeld’s men.

Dating from the early 18th century, Blenheim Palace is the principal residence of the Duke of Marlborough and birthplace of Sir Winston Churchill. 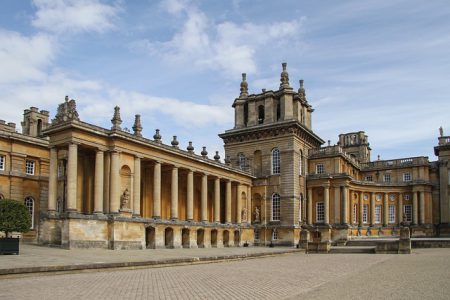 Blenheim Palace stood in for the palace in Rome in which SPECTRE met (Pixabay).

External shots of the building in which SPECTRE hold their Rome meeting were from Blenheim Palace, including the start of the car chase through the streets of Rome.

As well as Mr White’s cabin next to Lake Altaussee, one of the film’s major action scenes was shot in Austria.

One of the big sequences in SPECTRE was set in Rome. While the external shots of the building in which the SPECTRE meeting takes place are from Blenheim Palace, all other scenes were filmed in the Italian capital. 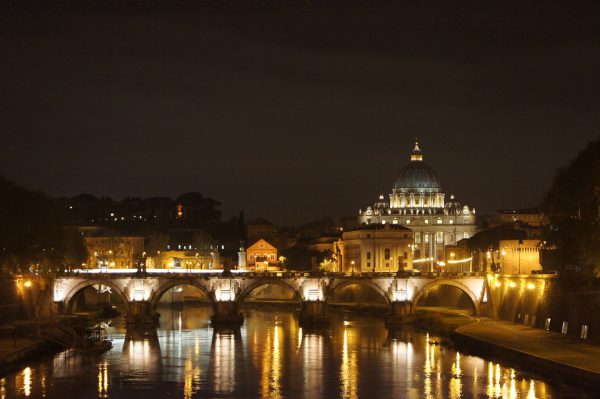 We first see Bond driving his Aston Martin DB10 in the Eternal City as he heads to Marco Sciarra’s funeral. There he plans to meet his widow, Lucia.

The first shot is of the approach to Porta San Pancrazio, which then jumps to the Arch of Constantine and Coliseum. The cemetery scenes were shot at the Museum of Roman Civilization while Lucia’s house, where Bond first saves and seduces her, is the historic Villa di Fiorano.

Bond’s night time approach to the SPECTRE meeting was filmed on the hill of Janiculum, considered one of the best locations to view the domes and bell towers of central Rome.

The car chase with Hinx takes place in several locations on both sides of the Tiber. These include the Vatican and neighbouring Borgo district. The second unit also filmed along sections of both banks of the river, ending with the DB10 plunging into the Tiber next to the Ponte Sisto bridge.

From Austria, Bond and Madeleine head for Morocco. A number of locations were used in Tangier’s medina, including a palace used to represent Hotel l’Americain and several landmarks in the area can be identified relatively easily. These include Bab el-Assa, an archway in the old city walls.

Shots of the Oriental Desert Express were filmed outside Oujda as they pair headed for Blofeld’s desert lair. These scenes were filmed at the rock formation of Gara Medouar, near Erfoud but the villa within the crater is actually on the outskirts of Marrakesh.

One Response to “SPECTRE Locations”