A look at the filming locations used for Daniel Craig’s second appearance as James Bond. 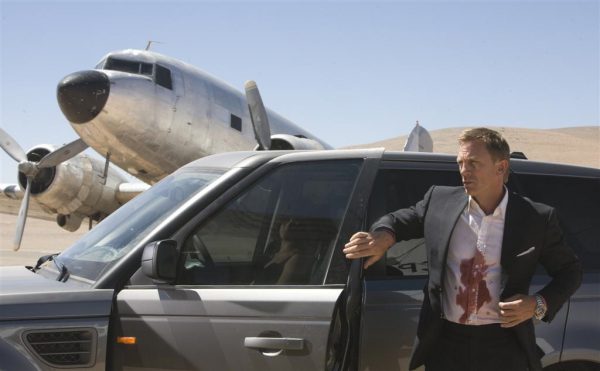 The follow up to Casino Royale saw 007 travel from Italy to the UK and to Haiti, Austria, Bolivia and Russia as he is up against a mysterious criminal organisation known as Quantum.

The film opens with a car chase as James Bond races along the narrow roads and through tunnels along the shore of Lake Garda. Bond’s Aston Martin DBS is pursued by three black Alfa Romeo 159s. As he dodges bullets and oncoming vehicles, Bond drives the car down a quarry in Carrara before finally arriving in Siena. The car stunt work was choreographed by Ben Collins and took some three weeks to shoot, with a total of seven Aston Martins destroyed in the process.

Arriving at a safe house in Siena, Bond opens the boot of his car to reveal an injured Mr White. Later, Bond emerges on the streets of Siena in pursuit of Mitchell. The famous Palio horse race is taking place in the Piazza del Campo, which was filmed in August 2007. Bond chases Mitchell across the rooftops until he finally catches up with him in a deadly struggle.

Later in the film Bond returns to Italy to ask Rene Mathis to help him. Mathis is now living in a mediaeval tower in Talamone. His Tuscan house was provided to him by MI6 as recompense for being tortured at the end of Casino Royale when he was suspected as betraying Bond to Le Chiffre. The house used for filming is Villa Le Torre or the Torre di Talamonaccio, which is sometimes available to rent.

As well as 007’s traditional home of Pinewood Studios, the production used a number of other UK locations.

After returning to the UK from Siena, an MI6 team searches Mitchell’s London flat. It’s located in one of the three 1960s modernist tower blocks that make up The Water Gardens just off Edgeware Road. Despite the brutalist design these flats sell for upwards of £600,000. To reach the lobby Bond is driven in a Range Rover along a gated entrance accessed from Burwood Place.

M and Tanner walk through a semicircular courtyard while taking to Bond (on a motorcycle) about Mr Slate (“tell her Slate was a dead end”). It seems like this is supposed to be MI6’s HQ but the scenes were filmed at the Barbican. The Reform Club at 104 Pall Mall was also used in the scenes M was summoned to meet the minister, played by Tim Piggott-Smith.

It wasn’t just London locations that were used though. After fleeing Bregenz Opera, Bond heads for the nearest airport to book a flight to Bolivia. Interior and exteriors of Farnborough Airfield were used for the airport where 007 finds MI6 has cancelled his credit cards and has to make alternative plans.

And the final scenes of the film where shot at Bruneval Barracks in Aldershot. This is after Bond has confronted Yusef in the Russian city of Kazan and meets M outside in the snow. When M tells Bond “I want you back”, Bond responds “I never left” and drops Vesper’s Algerian Love Knot in the snow.

Bond arrives in Haitian capital Port-au-Prince looking for Edmund Slate. However, these scenes were in fact filmed in the Panamanian city of Colón, situated at the entrance of the Panama Canal on the Caribbean coast. 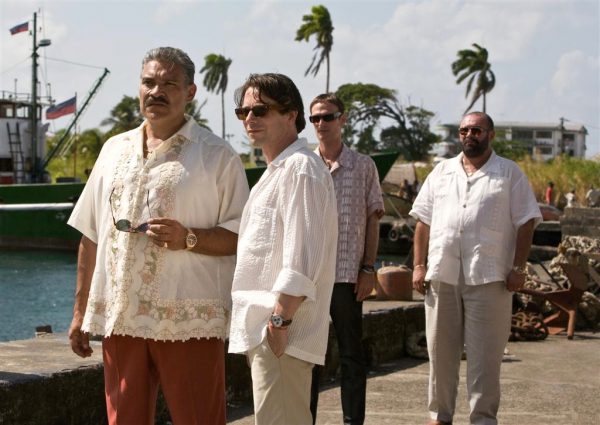 Bond heads for Hotel Dessalines to find Slate, in reality the art deco Arboix Building while the harbour where Greene’s warehouse was located is nearby. This is where the speedboat scene was shot, in which Bond rescues Camille from General Medrano. Green leaves Haiti aboard a CIA chartered flight destined for Bregenz in Austria. The airport scenes were shot at Aeropuerto Internacional Enrique Adolfo Jiménez.

Later in the film Bond arrives in La Paz from Bregenz. The exterior scenes set in the Bolivian capital were mostly filmed in Panama City on the Pacific coast. When Bond and Mathis arrive in Bolivia they are met at the airport by Fields. The airport terminal was actually former Howard Air Force Base, now the Panama Pacific International Airport.

Fields takes Bond and Mathis by taxi to a fictitious hotel on Calle 16 Oeste. Bond refuses though and the pair of “teachers on sabbatical” – who have just won the lottery – instead check into the equally fictitious Andean Grand Hotel, in reality the Instituto Nacional de Cultura (INAC). 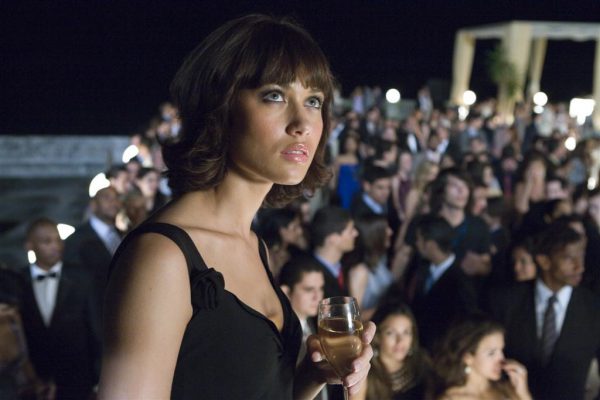 Afterwards Bond and Fields attend a party held by Dominic Greene. It was filmed at the ruins of the Club de Clases y Tropas, also known as the Union Club. Once an exclusive club built for the Panamanian elite, it’s also where General Noriega threw parties for his generals and almost completely destroyed during the 1989 US invasion.

Bond tails Greene back to Europe, where he attends an open air performance of Tosca at Bregenz. After arriving on board a CIA chartered flight Greene’s car drives along narrow cobbled streets to the opera.

The short driving sequence as Bond tails Greene was filmed at nearby Feldkirch. The car makes a right hand turn from Marktplatz onto Marktgasse with Bond close behind.

The opera scenes were filmed at the 7000 seat floating stage and notable for scenery that incorporates a giant eye. Every summer the Bregenz music festival takes place at various venues in Bregenz, including the Seebühne on Lake Constance. It’s the largest floating stage in the world.

While the performance continues Bond interrupts a Quantum meeting conducted over radio mikes leading to an artfully directed gunfight. Filmed in late April and early May 2008, the opera scenes required 1500 extras.

In early 2008 a unit headed to Baja California where the aerial sequence in which the DC3 is intercepted by a number of other aircraft was filmed.

The production arrived in Chile towards the end of March 2008, shooting scenes at the railway junction of Baquedano in the Antofagasta Region. Filming was interrupted by a protest by the local mayor, unhappy that the area was being used to depict Bolivia.

Shooting also took place at the Paranal Observatory, situated in the Atacama Desert. The observatory’s ESO Hotel was chosen represent the external shots of the eco hotel where the film’s climax takes place.