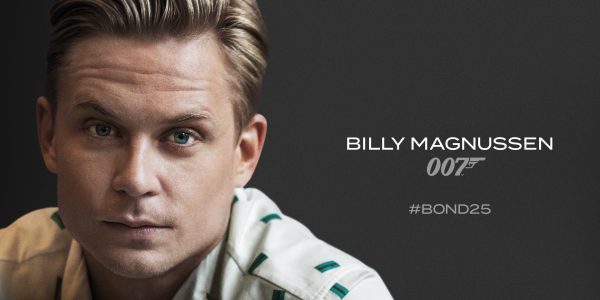 Billy Magnussen is establishing himself as one of the most promising and versatile rising actors, having worked with directors including Steven Spielberg, Dan Gilroy, Guy Ritchie, among others.

Upcoming, Magnussen is set to co-star in a Sharon Horgan comedy series on Amazon and in the live action adaptation of Disney’s Aladdin as Prince Anders, directed by Guy Ritchie. He is currently in production of The Many Saints of Newark, “The Sopranos” movie prequel, as well as Harry Haft, post-World War II bio-pic.

Currently, he can be seen in Velvet Buzzsaw on Netflix, a horror thriller set in the art world written and directed by Dan Gilroy, which premiered at Sundance 2019; Cary Joji Fukunaga’s limited series Maniac on Netflix, opposite Emma Stone and Jonah Hill; and CBS’ All Access straight to series Tell Me a Story. Written by Kevin Williamson, Tell Me a Story takes the world’s most beloved fairy tales and reimagines them as a dark and twisted psychological thriller.

On the small screen, Magnussen appeared in the Emmy-nominated “U.S.S. Callister” episode of Netflix’s acclaimed series Black Mirror and Davey Holmes’ EPIX series Get Shorty, opposite Chris O’Dowd and Ray Romano. In 2015, he played Kato Kaelin in Ryan Murphy’s acclaimed FX miniseries, America Crime Story:  The People vs. O.J. Simpson as well as a role in Netflix’s Unbreakable Kimmy Schmidt.

Aside from on-screen roles, Magnussen has starred in various Broadway performances. Most notably, he garnered a Tony Award nomination for his role as Sigourney Weaver’s love interest, Spike, in the Tony-winning play, Vanya and Sonia and Sasha and Spike.

A graduate of North Carolina School of the Arts, Magnussen has been acting since 2007.