A look at the career of Bond 25 screenwriter John Hodge. 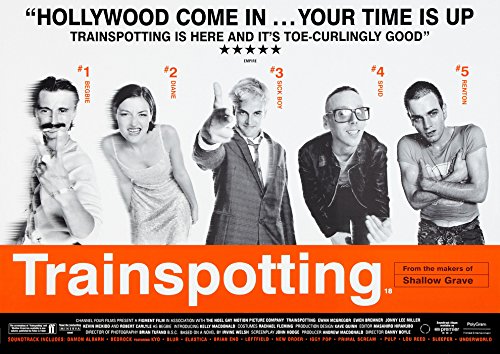 Born and bred in the Glasgow city of Scotland, Hodge is from a family of medical doctors. It therefore came as little surprise when he sought to continue the tradition by taking up a medicine course at the University of Edinburgh.

Hodge began writing screenplays right after a meeting with Andrew Macdonald, an acclaimed producer at the 1991 Edinburgh Film Festival. He soon relocated to London after having written Shallow Grave (1994) and later gave up medicine to focus on writing. Shallow Grave was the first of what was to become a regular writing partnership with director Danny Boyle.

As well as Trainspotting and Shallow Grave, Hodge’s other screenplays include A Life Less Ordinary (1997), The Beach (2000) and The Final Curtain (2002). He was also responsible for the 2002 short, Alien Love Triangle.

In 2010 Hodge began working on a script for director Pawlikowski Pawel about Joseph Stalin. Initially it was intended for a movie and then a miniseries. When that seemed to be going nowhere he reworked a single episode for the stage. Collaborators premiered at the Royal National Theatre in 2011 and was nominated for the Olivier Award for Best New Play the following year. Surprisingly it was his first stage play.

In early 2018 it was reported that Danny Boyle had submitted a story outline for Bond 25 to Bond bosses Barbara Broccoli and Michael G Wilson in conjunction with John Hodge. The director later confirmed that his involvement as director was dependent on Eon Productions’ acceptance of John Hodge’s script.

At the end of May 2018 it was finally confirmed that Danny Boyle had been signed to direct Bond 25, with a screenplay written by John Hodge.

At the same time it was confirmed that production would start on 3rd December 2018 with a UK release on 25th October 2019 with international distribution by Universal Pictures.