The drinks of Casino Royale

A look at what 007 drinks in Daniel Craig’s debut as James Bond. 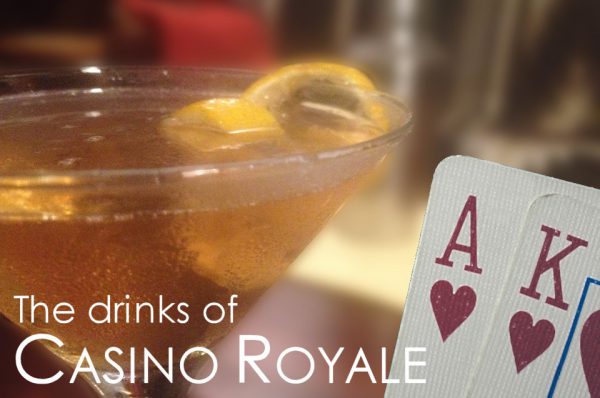 The first drink of the Daniel Craig era is served around half an hour into Casino Royale. After arriving at the One and Only Ocean Club (now known simply as The Ocean Club) Bond heads for the bar where Alex Dimitrios is playing poker. Bond orders a Mount Gay rum and soda at the bar before asking if he can join the game.

While Dimitrios faces Le Chiffre aboard his boat Bond uses his charms on Solange to try and found out what Dimitrios is up to. As they roll on the floor together you can see two flutes of champagne on the table behind them.

Soon after Bond calls room service. Requesting a bottle of Bollinger Grand Année and Beluga caviar the voice at the other end of the line asks if it is for two.

“No, for one”, he responds abruptly and promptly leaves Solange headed for Miami.

On the train to Montenegro Vesper joins Bond in the dining carriage. He has a whisky on the rocks in front of him as he peruses the menu. With their meal they have a bottle of Château Angélus 1982 Premier Grand Cru Classé Saint-Émilion. Barbara Broccoli is a friend of the co-owner of the winery, and approached him to provide the wine for this scene.

At a cafe where he and Vesper meet Mathis, Bond takes two glasses of champagne from a passing waitress before they even find a table. Mathis appears to have a glass of still water with a slice of lemon.

While playing poker Bond orders what he later names the Vesper – three measures of Gordon’s, two measures of vodka and half a measure of Kina Lillet shaken and served with a thin slice of lemon peel. Two other players ask for the same and  Leiter, not yet introduced, tells the waiter to “bring me one as well, keep the fruit”.

Ian Fleming’s one and only mention of the Vesper can be found in the pages of Casino Royale. Bond orders it prior to facing Le Chiffre at the Baccarat tables of Royale-les-Eaux’s casino.

The recipe that appears in the films is exactly the same as the drink that James Bond orders in Ian Fleming’s book, although in the films it is served in a cocktail glass rather than a champagne goblet.

The problem with the recipe is that Kina Lillet is no longer available. The same company currently produces Lillet Blanc which lacks the quinine found in quinine and therefore lacks its bitterness.

Bond is standing with Vesper at the bar by the time his drink is brought to him. Sipping it he tells Vesper “you know, that’s not half bad. I’m going to have to think up a name for that.”

Back in their room after surviving a fight in the hotel stairwell Bond grabs a decanter of whisky and tumbler. In a very Flemingesque scene he finishes cleaning himself up, pours a large slug into the glass and knocks it back.

After being wiped out by Le Chiffre the tournament director calls for an hour break. During the break Bond fails to convince Vesper to give him more funds and so he heads for the bar and orders a vodka martini. “Shaken or stirred?” asks the bartender. “Do I look like I give a damn” is the reply.

Luckily Felix finally introduces himself soon after and offers to bankroll Bond for the remainder of the game. But soon after he sits back at the table Bond realises his martini has been poisoned. Staggering through the restaurant he grabs a tumbler and salt and heads for the toilet where he makes himself sick.

Bond then heads outside to his Aston Martin DBS. From there he contacts the MI6 medical boffins for advice on what to do. He follows their instructions only for the defibrillator to fail because of a loose wire. Vesper seems to be quite handy as an electrician though. When she finds Bond unconscious with his heart stopped she reconnects the wire and restarts his heart.

After finally beating Le Chiffre Bond dines with Vesper in the hotel restaurant. Sipping his cocktail he tells her “you know, I think I’ll call that a Vesper”.

“Because of the bitter aftertaste?” she replies. 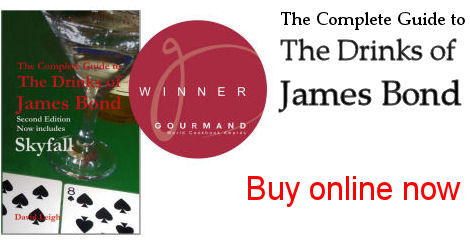