Home > Books > Books on James Bond: 7 must-haves for your collection

Books on James Bond:
7 must-haves for your collection

A look at the best books on James Bond published from the 1960s right up to the modern day. 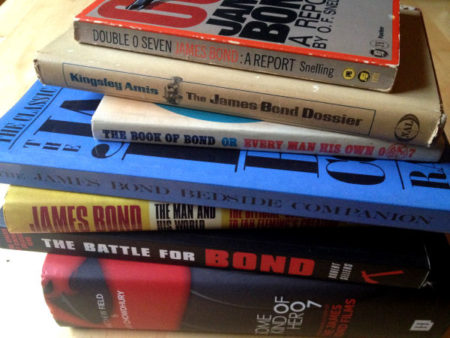 Over the years many books covering a variety of aspects of the James Bond phenomenon have been published. Over the years I’ve gradually added many of these to my library, some paid for with my own hard-earned cash and others review copies sent by publishers.

Books on James Bond in my collection

Recently I went through all the books on James Bond in my collection with the view to listing them here by publication date. I eventually decided to pick the absolute essential books on 007 instead. That boiled down to just seven books out of a starting list of 25. And that doesn’t include any of the books about Ian Fleming in my collection.

So here are those seven books listed by initial publication date as well as major updates. The photos are of my own copies. I’ve also made a note of any differences that exist between editions where significant. 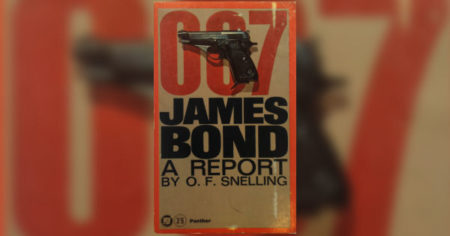 OF Snelling was the first author to write a book on the James Bond phenomenon. It was first published in 1964 shortly after the death of Ian Fleming. His book looks at where Bond came from, delving into the clubland heroes that inspired Ian Fleming. Subsequent chapters then examine his image, the Bond girls, the villains and his future.

I first came across a copy of this book while on a family holiday in Spain. Staying with friends in the mountains, I grabbed anything Bond related and devoured it intently. Many years later I was reminded of this book and bought a used copy online.

If you’re at all interested in the literary side of 007 and want to get an idea of contemporaneous thought regarding Bond in 1964 then you should definitely add this to your collection. 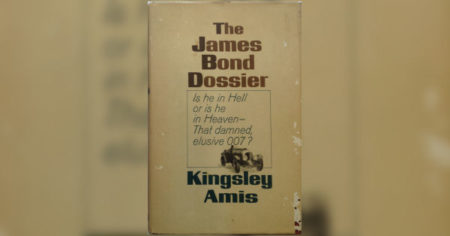 This website takes its name from Kingsley Amis’s 1965 book. Amis was a huge fan of 007 and decided to take a critical look at Fleming’s writing in what was initially planned to be a 5,000 word essay. However, it expanded beyond that initial idea into a full examination of the character meriting its own book.

Amis was beaten to the publishing stakes by Snelling’s book. And initially due to be published in 1964, publisher Jonathan Cape delayed the book until the following year after Ian Fleming died and requested Amis include a look at Fleming’s last full length novel, The Man With The Golden Gun.

While a fan of Fleming’s books, in places Amis is sometimes more critical of his writing that Snelling. Again it is a must have for anyone serious about literary 007. 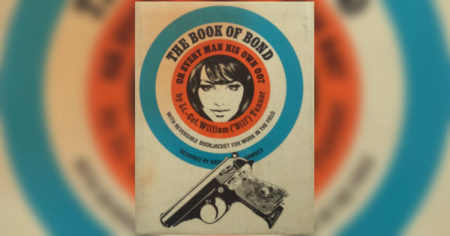 Also by Amis but published under the pseudonym Bill Tanner, The Book of Bond (subtitled Every Man his own 007) is probably derived from the same research as The James Bond Dossier published the same year. It takes a look at various aspects of Bond, divided into chapters such as drink, food, smokes, looks, exercise, clothes.

The book is just over 100 pages and each chapter short and too the point. In fact, the information is too basic and so the idea behind this website was to use some of the chapters as a starting point and provide more comprehensive information.

I first encountered The Book of Bond when I was at primary school, perhaps when I was nine or ten. A friend took his dad’s paperback copy to school and we flipped through it during the break. I distinctly remember reading about Bond’s facial scar and how it would be going too far to get one!

I was later reminded of the book and bought a US hardcover edition online. I then bought a second US hardcover edition and finally a British hardcover with reversible dustjacket. If you turn it inside out it disguises the book as “The Bible: Revised to be Read as Literature”, a nod to Bond’s use in Goldfinger of a hollowed out copy of the same title in which he conceals his Walther PPK. 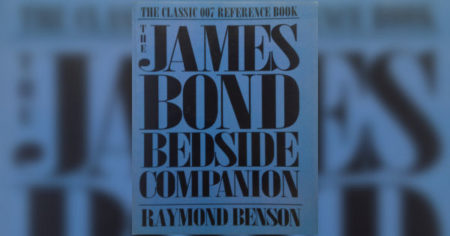 Raymond Benson’s comprehensive book on the James Bond phenomenon was first published in 1984 and updated four years later. The book covers Ian Fleming’s life, his books, the films that they spawned (originally up to Octopussy/Never Say Never Again but later adding A View To A Kill and The Living Daylights) and John Gardner’s first three continuation novels (four more were added to the 1988 edition).

Benson later claimed he was too harsh on Gardner, although I don’t agree. And of course Benson went on to become the Bond continuation author after Gardner retired from the gig in 1996.

The James Bond Bedside Companion is a must have for any serious fan of Bond, although it should be remembered that Benson lacked the ability to repeatedly watch the films. In the days before video was commonplace he had to rely on his memory of theatre screenings and TV.

The book was republished in 2001 with a new forward by Benson and has been available on Kindle for a couple of years. I picked it up online and was delighted when it turned out I’d bought it direct from the author and had a signed copy. 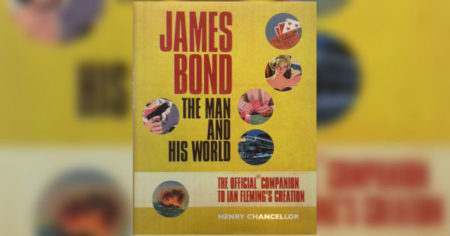 Subtitled The Official Companion to Ian Fleming’s Creation, this book is an absolute must have for any fan of Fleming’s writing. Henry Chancellor’s book is comprehensively researched from Fleming’s files, which included access to his letters, research notes and other documents.

The book itself is beautifully designed, with colour photography of all kinds of brochures, letters, and objects related to 007 used throughout. As well as looking at Ian Fleming’s life, it takes a look at each of books while tackling a different aspect of 007’s world. Chapters are titled “A Man in his Time”, “The Right Way to Eat…”, “Fairly Tales for Grown-ups” and “Boy’s Toys”.

I read the book cover to cover when first released and dip into it every now and then. But looking at it now on my desk I know the book deserves a full re-read. It’s utterly fascinating and if I were to rank the books on James Bond list here I’m pretty sure this would occupy the number one spot. 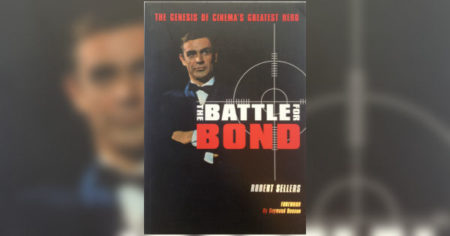 Thunderball has always been one of my favourite Bond stories, both the book and the film. In The Battle for Bond, Robert Sellers tells the story of how Thunderball came into being and the legal problems that ensued. As well as Thunderball, it goes on to look at Kevin McClory’s non-Eon remake, Never Say Never Again (1983), and his attempts to create a competing James Bond series in the subsequent decades that followed.

If you can get hold of the 2007 edition it has additional content that the publisher was forced to remove after legal action from Ian Fleming Publications. The cover of the 2008 edition is marked “the book they tried to ban” in the top right hand corner. It’s a fascinating book to read and realise how all those legal complications could have been avoided so easily. 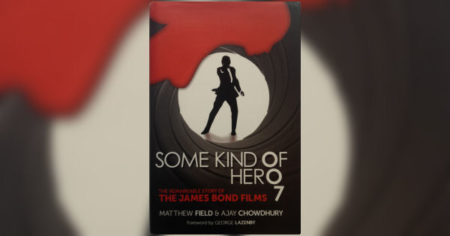 This a big thick book and really comprehensive but unlike one of the books I discarded from the list, this book isn’t so large it is unuseable. It covers the genesis of the James Bond films and goes into detail on the background to each movie from archived material and interviews by the authors, Mathew Field and Ajay Chowdhury, with the people involved.

It’s got plenty of great anecdotes throughout, although bear in mind some of them might have become a little embellished over the years. My favourite is when Terence Young met Count de Vogue, owner of Moët et Chandon, while in the Bahamas shooting Thunderball. The book is packed with great information, photos and just about comfortable enough to read in bed.