When Ian Fleming sat down to write the “spy story to end all spy stories” little could he have imagined the phenomenon that would result. 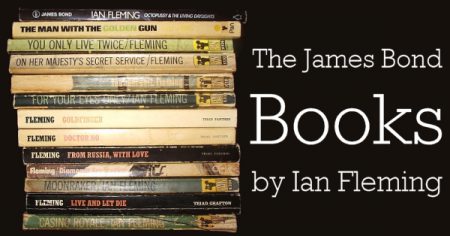 After it was published in Britain in 1953 Ian Fleming sometimes ungraciously joked that he started writing Casino Royale as a distraction from his imminent wedding. In truth he had dreamed of writing “the spy story to end all spy stories” from his time in Britain’s Naval Intelligence during World War II when he first mentioned his desire to write a spy novel to Robert Harling while in France.

However it wasn’t until early 1952 that he finally made that dream a reality. Casino Royale was the first of what would ultimately be a series of 12 novels and two short story collections written by Fleming at his home in Jamaica while escaping the gloomy London winter each year.

The book was an immediate success in Britain, with the initial 4,728 print run selling out in less than a month, leading to a second and then third printing, and the 1955 paperback edition sold 41,000 copies in one year. By the time of You Only Live Twice, the last book to be published in Fleming’s lifetime, there were a staggering 62,000 advance orders in Britain alone. 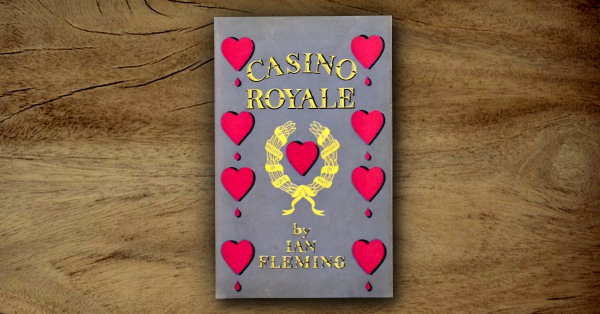 Fleming lent many of his own tastes to Bond, including his cigarette brand and heavy drinking, exotic locations, beautiful women, fast cars and the thrill of the casino. He also added a level of toughness inherited from some of the spies, double agents and commandos he had met during the war; as a desk jockey in Naval Intelligence Fleming experienced little action directly.

And despite the association between Bond and the high life, Bond also shares a puritanical streak with his creator. In Goldfinger (1959), having just wished for a slice of the “soft life”, Bond feels revolted by his own greed when he is treated to a meal of crabs and Champagne by an American millionaire.

The James Bond books were first published in the UK by Jonathan Cape and in the US by Macmillan. Follow the links below for more information on each of the titles.

For Your Eyes Only (1960)
Contains five short stories.

The appeal of Bond

Fleming used his natural curiosity and journalistic skill to go into detail and despite the occasional mistake his authoritative style makes his writing believable. He carries the reader along so fast there is no time to stop and think about plausibility. 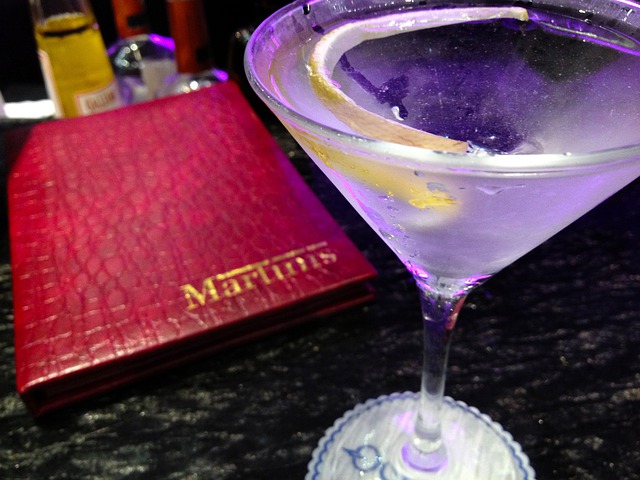 Written at a time when food was still rationed in Britain, Fleming’s mouth-watering descriptions of 007’s meals were out of reach for most people. Bond’s exacting instructions to barmen demonstrate complete authority. He (almost) always gets the girl and speaks French and German fluently; he’s a judo expert, crack shot and knife thrower; and he fits in equally well at the casino or in a Turkish gypsy camp. In short, Bond knows how to act in any situation and has the tenacity to overcome any obstacle he faces.

What’s in a name?

Ian Fleming was curious about many things and his interests included a deep fascination with nature. He loved to snorkel among the tropical fish in the water off his private beach and as a keen birdwatcher owned a well-used copy of A Field Guide to the Birds of the West Indies. 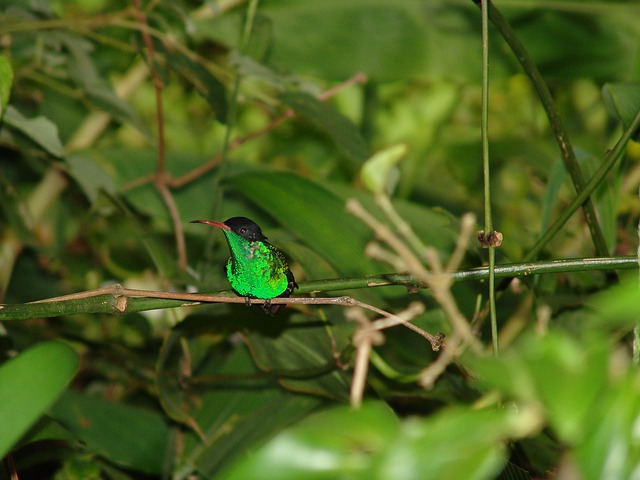 The doctor bird, or red-billed streamertail, is the national bird of Jamaica.

The book had first been published in 1936 and reprinted several times. What struck Fleming about the book was the author’s name. As he later explained, the ornithologist’s name was “brief, unromantic, Anglo-Saxon and yet very masculine”.

The ornithologist’s name was James Bond.

Although Fleming’s early books attracted many positive reviews, success also had a sting in the tail. He was repeatedly criticized for using brand names prominently in his writing, something unheard of in the 1950s, which he defended, saying “I see no point in changing the name of the Dorchester to the Porchester” (referring to the famous London hotel).

Most famous is Paul Johnson’s 1958 review of Dr No for the New Statesman. Published under the title “Sex, snobbery and sadism”, Johnson described the novel as “the nastiest book I have ever read”.

The Cold War looms large throughout the series and Bond often faces either the Soviet Union directly or, as in this first Bond adventure, a local agent backed by Moscow. At one point in Casino Royale Bond ruminates on the nature of good and evil and contrasts the fight against Nazism with the ambiguity of the Cold War. 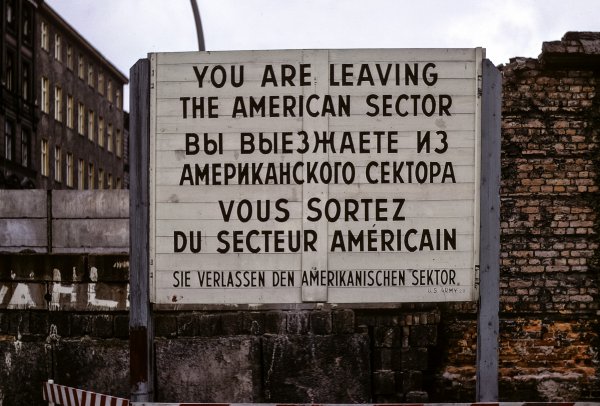 After Casino Royale the Soviets return repeatedly to the series, most notably in From Russia, With Love, Fleming’s fifth and most ambitious novel. Bond only appears a third of the way into the book as Fleming elaborately sets up the Soviet plot in which they bait the British Secret Service with a code machine. Later on Fleming became optimistic that the Cold War was thawing and foresaw an age in which the biggest threat would not be from states but from terrorist organizations.

But for now the novel established 007 as a household name in the United States. When, in 1961, Life Magazine published John F Kennedy’s top 10 books, From Russia, With Love was listed. Sales went through the roof.

The Cold War was also the time during which the United States was in the ascendancy as the British Empire declined. However, despite its diminishing influence in the world, Britain always punches well above its weight in Fleming’s books.

Bond has a mixed relationship with the United States and his views are sometimes at odds with Fleming’s own. One such example is Bond’s dismissive attitude towards American cars, which contrasts with Fleming sharply; he owned two Ford Thunderbirds and a Studebaker Avanti thanks to his earnings from Bond.

Mixing up the formula

Following Fleming’s completion of Goldfinger in 1958, he was commissioned by CBS to write a James Bond television show. 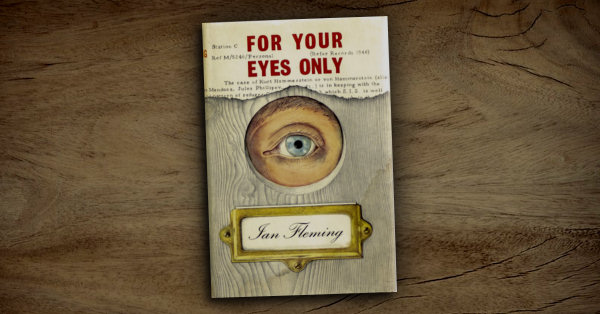 Although it never went into production, Fleming reworked some of the stories to include in his next book. For Your Eyes Only is a collection of five short stories, three of which are mini-Bond adventures (For Your Eyes Only, From A View To A Kill and Risico), while the two remaining ones are rather more experimental.

The Hildebrand Rarity finds Bond involved in the search for a rare fish while off-duty and ends as an unresolved whodunit when his host is murdered. Quantum of Solace hardly features Bond at all. Instead this story of love and revenge in the tropics is recounted to James Bond after a dinner party. One unused story from the TV show, Death On Wheels, was resurrected in “Trigger Mortis”, the first of three continuation novels by Anthony Horowitz.

But Fleming’s most radical departure from his usual style occurred in The Spy Who Loved Me. This was a long way from being a “spy story to end all spy stories”; in fact, despite the title, it was no spy story at all. The book is the only one Fleming wrote in the first person and the narrator isn’t even James Bond but the twenty-something heroine, Vivienne Michel.

Riding her Vespa around North America, she relates the story of her life until, while working at a motel, she finds her life in danger. Bond only arrives on the scene for the last third of the book, which was poorly received.

Although Bond faces the Soviet threat in many of the books, Russia was not Bond’s only foe, such as in Diamonds Are Forever where Bond breaks a diamond smuggling operation run by the Spangled Mob. 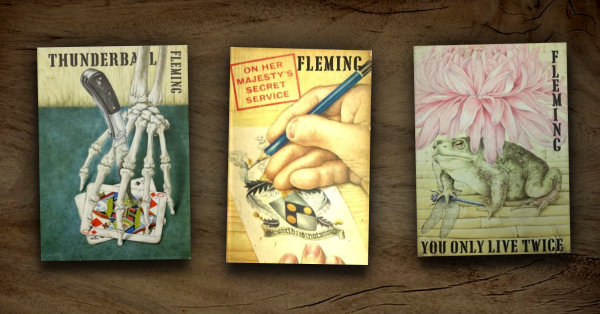 However, it is in “the SPECTRE trilogy” that James Bond faces his most iconic foe, Ernst Stavro Blofeld, leader of the SPecial Executive for Counter-intelligence, Terrorism, Revenge and Extortion. The trilogy comprises of Thunderball, On Her Majesty’s Secret Service and You Only Live Twice, the first two of which are particularly ahead of their time, dealing with nuclear blackmail and biological warfare respectively.

When Fleming died in 1964 he left a draft for one unpublished novel, The Man With The Golden Gun. Physically weakened following a heart attack and continuing to drink and smoke despite his failing health, Fleming was unable to write his final book at his normal pace. It also lacked the usual set of revisions Fleming would go through after his return to London each year and ultimately was published in an unfinished state. 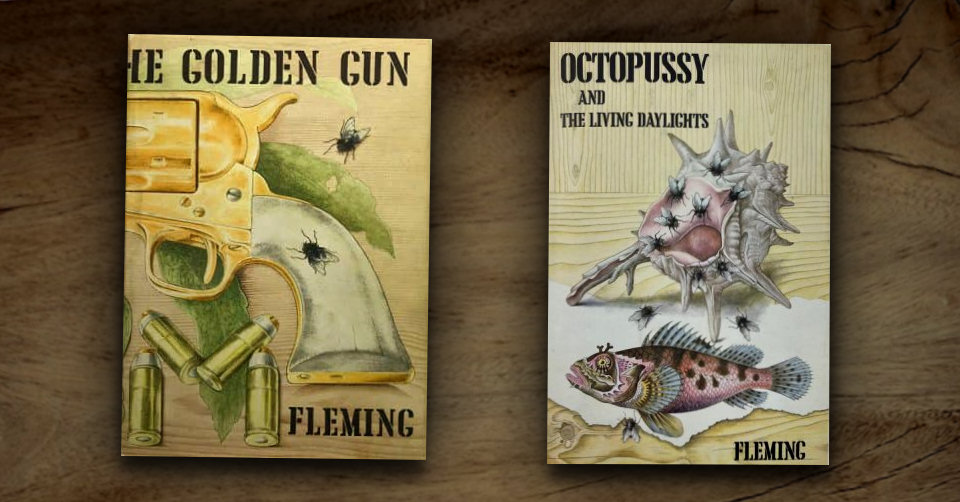 There was still to be one final Fleming book though. Octopussy and The Living Daylights collected two short stories previously published in the British press, with a third story, The Property of a Lady, added to the paperback edition (and more recently 007 in New York too).

Octopussy is another tale in which Bond appears as a secondary character as the main character is confronted with his past. On the other hand The Living Daylights shows Fleming at his best. It offers a complete Bond story in just a few pages with many traditional Bond elements included.

Following Fleming’s death Kingsley Amis was commissioned to write a new Bond adventure, Colonel Sun (1968), which was published under the pseudonym Robert Markham to mixed reviews. And then John Pearson, who wrote a successful 1966 biography of Fleming, was approached to write James Bond: The Authorized Biography of 007 (1973). 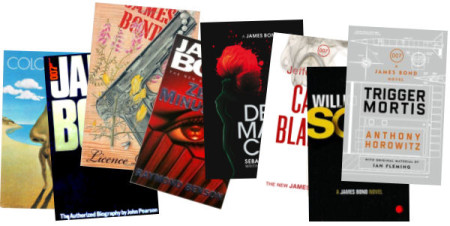 Finally, in 1979 John Gardner was hired to write a series of James Bond thrillers. Starting with License Renewed (1981), Gardner wrote a total of 14 novels and two movie novelizations before retiring. American Raymond Benson, author of highly regarded The James Bond Bedside Companion (1984), then took over for a series of six novels, three short stories and three novelizations.

And following Benson’s departure, a new Young Bond series by Charlie Higson was published between 2005 and 2009, with Steve Cole taking over writing duties in 2014 with Shoot To Kill.

To coincide with the centenary of the birth of James Bond’s creator in 2008, Ian Fleming Publications decided on a new strategy for future books. Having selected established author Sebastian Faulks to write Devil May Care, it was hoped that the readership would extend far beyond the existing fan base.

The strategy proved to be successful and since then Jeffery Deaver, William Boyd and Anthony Horowitz have all penned new James Bond adventures.

It seems like the James Bond books are here to stay.

Forever And A Day

The life of Ian Fleming

Books on James Bond: 7 must-haves for your collection

On the Tracks of 007
2008, Martijn Mulder and Dirk Kloosterboer 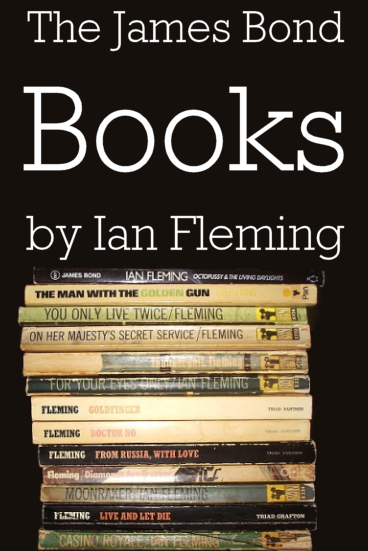