Live And Let Die: Food and drink from the novel

Live And Let Die features many meals. In the first chapter Bond is served lunch in New York with Captain Dexter of the FBI and Felix Leiter. But before they start eating Leiter mixes them a martini. 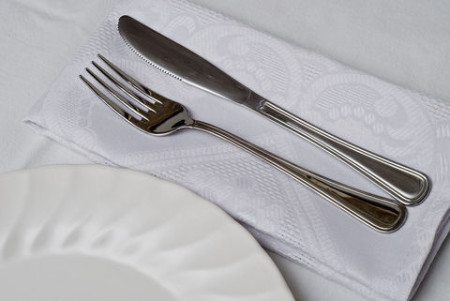 The meal starts with soft-shell crabs with tartare sauce. This is followed by medium rare hamburgers with French fries and broccoli accompanied by a mixed salad and thousand island dressing. Finally they have ice cream with melted butterscotch. They wash that down with Liebfraumilch and before getting down to business finish off with coffee.

Bond’s next meal is on a night out in Harlem. Leiter takes Bond to various jazz clubs, but they stop at Ma Frazier’s for a meal of Little Neck Clams and Fried Chicken Maryland with bacon and sweet corn.

Prior to leaving New York aboard the Silver Phantom, Bond orders breakfast in his room. Very thoroughly it consists of a double pineapple juice, cornflakes and cream, shirred eggs with bacon, a double espresso and toast and marmalade.

On board the train with Solitaire he orders them chicken sandwiches for lunch. The sandwiches are accompanied by Old Fashioneds and Sanka coffee. Prior to dinner Bond orders dry martinis but when they arrive pre-mixed in small bottles he immediately orders four more. But for dinner nothing on the menu appeals. Instead James Bond orders scrambled eggs with bacon and sausages, a salad and domestic Camembert.

After slipping of the train at Jacksonville at five in the morning, Bond and Solitaire go to an all-night diner where Bond orders them scrambled eggs with orange juice, coffee. After grumbling about American eggs and coffee Bond concedes “they can’t do much harm to the orange juice. After all we are in Florida”. When Solitaire tells him St Petersburg is “the Great American Graveyard”, he tells her it “Sounds pretty”grim, “rather like Bournemouth or Torquay. But a million times worse.”

The next meal shared with the reader occurs as Bond dines with Leiter after Solitaire has disappeared. Already considered bad news by the staff and fellow residents of their motel, they are “shown to a bad table near the service door. The set dinner was a string of inflated English and pidgin French”. They have tomato juice, boiled fish with white sauce, frozen turkey with cranberry and lemon curd with cream substitute. Afterwards Leiter invites Bond to get drunk.

After Leiter has been thrown to the sharks Bond needs something more substantial. Checking out of the motel, much to the owners delight, he orders a big rare steak with French fries, a pint of Old Grandad and two cups strong coffee.

Following his night investigating the warehouse of Ourobouros Inc where he encounters the Robber, Bond awakes at midday. Now installed in a new motel he finds somewhere close by for breakfast and orders a three-decker western sandwich and coffee. Later, on the plane to Jamaica via Nassau he has a cocktail and early dinner. Fleming specifies neither.

He enjoys his breakfast the next day though. Sitting on the veranda of John Strangway’s house in the Blue Mountains, Bond is served paw-paw with a slice of green lime, red bananas, purple star apples, tangerines as well as scrambled eggs and bacon. He also has “almost black” Jamaican marmalade and guava jelly. To go with that lot he drinks Blue Mountain coffee.

Later Bond and Quarrel stay at a house in Manatee Bay (in reality Negril beach). The Cayman Islander cooks a dish of fish, eggs and vegetables, which Fleming tells us will be their staple diet for the next few days. In passing Fleming mentions dinner on the final day before Bond and Quarrel relocate to Beau Desert, a plantation property on the bay of the Isle of Surprise. He also skips details of what Quarrel cooks on a primus stove so “no smoke would betray them”. Presumably more of the same.

Bond’s final meal of Live And Let Die is during the “passionate leave” granted by M. Quarrel seems to be quite a cook, as he prepares a meal of black crabs, suckling pig and avocado pear salad followed by guavas and coconut cream. And Strangways left a case of the best champagne in Jamaica.

Now that’s the way to end an assignment.