From Russia, With Love: Food and drink from the novel 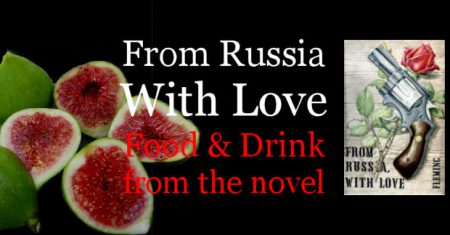 While James Bond is mentioned while Smersh hatches a plot to discredit the British Secret Service, it’s not until chapter 11 of From Russia, With Love that 007 is properly introduced.

Waking in his flat off the King’s Road, Bond finds himself bored with the prospect of the day ahead. To try and throw off his boredom he does some body weight exercises followed by a cold shower then breakfast, which we learn is Bond’s favourite meal of the day.

Breakfast is prepared by May, Bond’s Scottish housekeeper and she takes it to him on a tray with a copy of the Times. At home his breakfast consists of:

We also learn that the eggs are provided by a friend of May and that Bond dislikes white eggs. The coffee pot and the silver on the tray are Queen Anne, and the china is Minton, of the same dark blue and gold and white as the egg-cup. 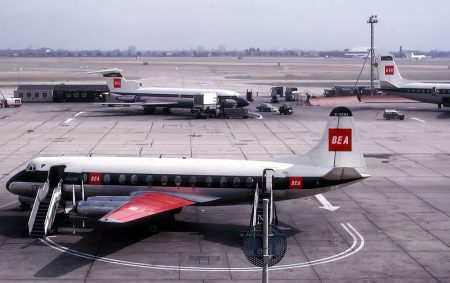 Bond flies to Istanbul via Rome and Athens on BEA flight 130. Departing from London at 10:30 he is served an unspecified lunch during the first leg of the flight. At Rome’s Ciampini Airport he has time to drink two excellent Americanos (in half an hour!) before continuing to Athens. During the turbulent flight in a thunderstorm Bond wonders whether his secretary, Loelia Ponsonby, was right. She suggested he shouldn’t travel on Friday 13th and he noted there were only thirteen passengers on board.

Back on the ground at Athens 007 orders a tumbler of ouzo followed by a mouthful of ice water. He quickly orders another before the final ninety minute flight to Istanbul. During an excellent, albeit unspecified dinner, Bond drinks two dry martinis and a half bottle of Calvet claret. 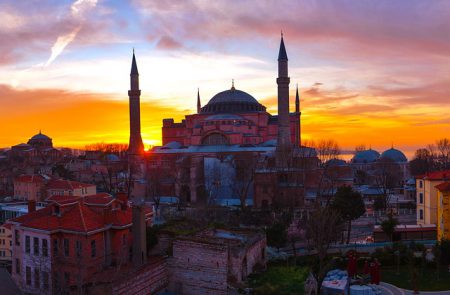 On his first morning in Turkey, Bond orders a breakfast of yogurt and green figs with Turkish coffee from room service, hoping it “would not be a fiasco”. He is not disappointed.

Served in a blue china bowl, the yogurt was “deep yellow and with the consistency of thick cream” and the figs “bursting with ripeness”. The coffee was “jet black and with the burned taste that showed it had been freshly ground”.

Later Bond is collected from his hotel and taken to meet Darko Kerim, the head of Station T.

“Do you like your coffee plain or sweet?”, he asks Bond. “In Turkey we cannot talk seriously without coffee or raki and it is too early for raki”.

Bond has it plain.

As they talk Bond’s mission over they have coffee again and again until at midday Bond is driven back to his hotel. When Bond arrives at the Spice Bazaar to meet Kerim for lunch, the  local secret service man already has a glass of raki in his hand. Bond is offered the same and finds it identical to ouzo. When he drinks it down his glass is immediately refilled. 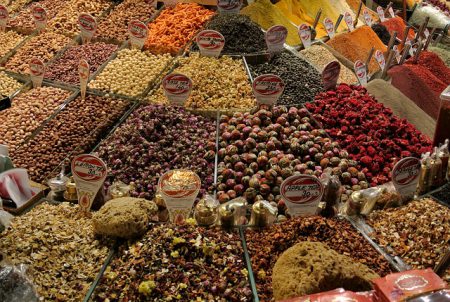 For lunch Kerim recommends sardines grilled en papillotte, which “tasted like any other fried sardines” to Bond. Kerim eats strips of raw fish, explaining that he only eats uncooked food. For the second course Kerim goes for raw steak mince with peppers and chives, bound together by egg yolk. Bond tries Kerim’s raw meat and finds it delicious.

Bond’s main is doner kebab with rice and although Kerim describes it as “very young lamb broiled over charcoal”, his description sounds more like shish kebab than doner kebab. They wash it down with a bottle of Kavaklindere wine.

At the end of the meal Kerim tells Bond they’ll have coffee at his office. Then they will watch the Russians “council of war” through a periscope located in the tunnel beneath the city. 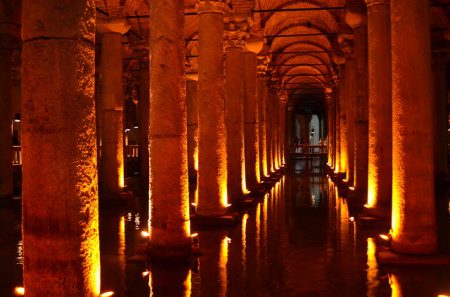 Back in his hotel room Bond has a hot bath and cold shower to remove the smell of the bat and rat infested tunnel. Kerim had earlier told him the “local vodka is all right if you drown it with tonic water” and so Bond follows that advice while watching the sunset over the Golden Horn from his room.

That evening the men travel to the outskirts of Istanbul, At a gypsy camp they are served “some sort of ragout smelling strongly of garlic” with bread, which they wash down with raki. Eating with their fingers, Bond almost makes the mistake of using his left hand. “The left hand is used for only one purpose among these people”, Kerim instructs him. What happened to Kerim only eating raw food though?

After the gypsy camp is attacked by the Bulgars Bond pours raki with a dash of water for himself and Kerim. When the gypsy boss, Vavra, joins them Bond purs one for him too. 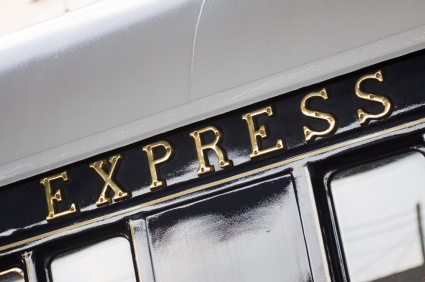 Bond and Tatiana head for Paris on the Orient Express with the Spektor code machine. They have lunch in the restaurant car with Kerim, who is on board to keep an eye out for trouble. When Bond and Tatiana return to their sleeper they hear him calling for brandy and cigars. Later, as the train pulls out of Thessaloniki in Greece, they finish dinner  but we don’t learn what they eat or drink.

Bond and the girl must wait in Belgrade for eight hours while waiting for another section of train to arrive from Bulgaria. One of Kerim’s men meets them on the train. He turns out to be one of Kerim’s sons, known to all as “Tempo”.

Tempo drives Bond and Tatiana to his apartment in his Morris Oxford where they get cleaned up and have something to eat and drink while he attends to his business. Tempo has left smoked ham and peaches for them in his kitchen, along with slivovic, a blue plum brandy popular in the Balkans. Later that evening they return to the train to continue their journey overnight. In the morning they have “fried eggs and hard brown bread and coffee that was mostly chicory” for breakfast in the dining car.

After meeting Captain Nash, Bond and Tatiana have lunch together in the restaurant car. Bond orders Americanos and a bottle of Chianti Broglio to go with some “wonderful European hors d’oeuvres” then tagliatelli verdi followed by a delicious escalope. The dining car concession was run by local caterers in Yugoslavia with “disastrous digestive results“. Certainly Bond seems to have appreciated the improvement once they crossed into Italy.

That evening Nash joins them for an unspecified dinner. Halfway through the meal Nash reaches for the salt and knocks over Tatiana’s glass of Chianti, which he refills. The girl soon becomes drowsy. Only later does Bond find out “Nash” drugged her wine with chloral hydrate when he refilled her glass.

Arriving by taxi at the Ritz hotel in Paris for a noon rendezvous with Rosa Klebb, Bond has fifteen minutes to kill. He heads to the hotel bar and orders a double vodka martini…