Thunderball on BBC Radio 4 this Saturday 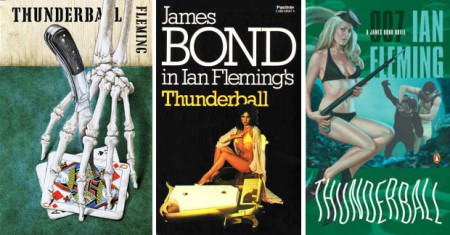 Directed by Martin Jarvis, who also appears as Ian Fleming, and produced by Rosalind Ayres, the radio play will also feature Tom Conti as Largo, Alfred Molina as Blofeld and Janet Montgomery as Domino.

Thunderball was Ian Fleming’s ninth James Bond book. Published in 1961 as the first of the so-called Blofeld trilogy, it introduced both SPECTRE and Ernst Stavro Blofeld. It also got Fleming into a legal dispute with Kevin McClory that continued to drag on until 2013.

Martin Jarvis directs an all-star cast as SPECTRE’s pilot hijacks a Vindicator bomber carrying two atomic bombs. Once its cargo is delivered to the Bahamas, he is killed and the bombs are secreted on board the cruiser Disco Volante. The British Prime Minister receives a letter from criminal mastermind Ernst Blofeld – two major cities will be decimated unless a huge ransom is paid.

Thunderball is scheduled for 14:30 on Saturday 10th December and will be available online afterwards.