Home > News > The Many Lives of James Bond

The Many Lives of James Bond

Lots of people love James Bond. But how many have actually been Bond? 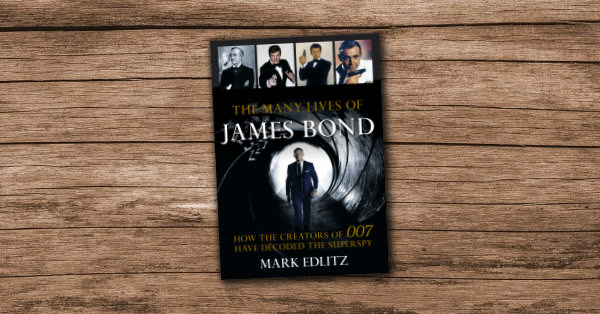 The Many Lives of James Bond offers the largest ever collection of original interviews with actors who have played Bond in different media, as well as in-depth interviews with many of the diverse artists who have contributed their talents to the making of James Bond movies, television shows, novels, radio dramas, comic books, and video games.

These wide-ranging interviews provide a behind-the-scenes look at the artists’ goals, the challenges they faced, and how they met them. This book is also the first to examine the Bond character through the eyes of the artists who interpret him.

As author Mark Edlitz talked with these creative people, a through line emerged. It involves a series of related fundamental questions about Bond that artists must reckon with when interpreting the character.

These questions challenge and inspire the creators to pull back the curtain on a deliberately opaque figure in an attempt to explore and analyze Bond’s interior life and thought processes, and how the Bond actors have interpreted the role.

Edlitz has made a name for himself by writing about beloved and sometimes overlooked manifestations of pop culture. He wrote about Princess Leia’s Metal Bikini for The Huffington Post, the Superman Broadway musical for Hero Complex in the Los Angeles Times, and about the forgotten Doctor Strange TV movie for Ain’t It Cool News.

He wrote the book How to Be a Superhero, a collection of interviews with 35 actors who played superheroes over the last seven decades. He also produced and directed Jedi Junkies, a documentary about extreme Star Wars fans. Edlitz lives in New York City with his superhero wife and two villainous children.

The Many Lives of James Bond is available now in the US and will be available in the UK from 1st January 2020.

The Many Lives of James Bond is available to order from Amazon: