US lawsuit against MGM and associated parties ended after settlement reached between the two sides. 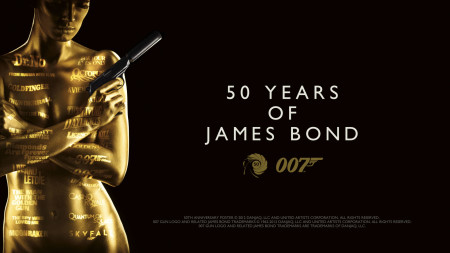 Back in the summer it emerged that MGM and associated parties were being sued because of the labelling on their James Bond DVD and BluRay box sets.

The class action was brought about because although the box sets were described as containing all the 007 films, it turned out two were missing.

The box sets contained all the films in Eon Productions series. But the box sets lacked both Casino Royale (1967) and Never Say Never Again (1983), although I believe all the included titles were listed on the packaging and marketing materials.

The two latter titles are often referred to as “unofficial” by fans, although it should be noted the rights to each were assigned separately from Ian Fleming’s other titles and so are perfectly official. The rights to Casino Royale had been sold separately, while Never Say Never Again was based on Thunderball.

Those rights were assigned in the 1960s to Kevin McClory after he sued Ian Fleming for plagiarism. Thunderball was produced by McClory for Eon after Cubby Broccoli and Harry Saltzman brought him into their series to head off the threat of a rival Bond series. More recently MGM has been assigned the rights to both films, meaning they could have easily included them should they have wanted to.

My personal view is that the case has little to stand on. Anyone buying a box set is, by definition, more than simply a casual fan and would know the history of the two films not included.

I ran this idea past a non-US lawyer (my wife). Although not her area of expertise, her view is that the case isn’t absolutely without merit but, in her words, “trivial”, and basically a try on. Bear in mind the difference in legal systems between the United States and its culture of litigation versus Spain, where we live.

Last week lawyers for the plaintiff issued a press release announcing that the case had been settled, stating:

The Court has not determined who is right. Rather, both sides have agreed to settle the lawsuit to avoid the uncertainties and expenses of continuing the lawsuit. By agreeing to settle, both sides avoid the cost and risk of a trial, and the people affected will get a chance to receive benefits.

This settlement applies in the US only and means anyone who can prove they bought one of the box sets named in the settlement before 2018 will be able to access a digital copy of the two missing films.

Click here to find out if you are eligible for details of the settlement.

From MGM’s point of view it makes sense to settle unless they were certain of winning. After all, providing digital copies to stream or download is a far cheaper option than providing discs by mail. But for anyone genuinely disappointed they didn’t receive the two missing films, I wonder if they will truly be satisfied.