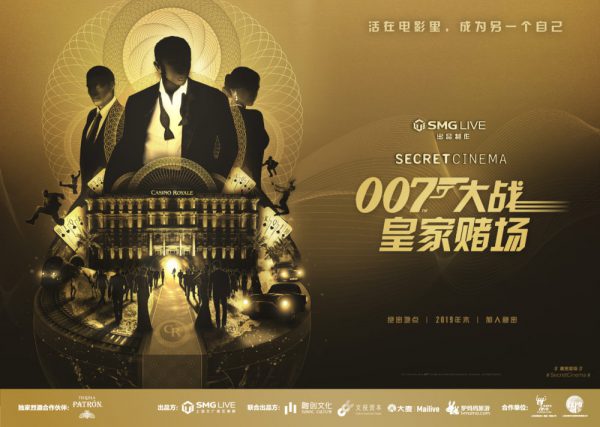 Secret Cinema’s London run of Casino Royale is coming to an end this weekend. The final showing will be on 6th October and fewer than 50 ticket still remain at the time of writing.

However, if you missed it, all is not lost. It was announced in early September that SMG Live is to present Secret Cinema’s production of Casino Royale in Shanghai opening 23rd November.

This is Secret Cinema’s first production outside the UK, with their run of Daniel Craig’s first Bond drawing 120,000 people to their largest and most ambitious production to date.

Presumably if this joint production works out Secret Cinema will roll out their productions to other countries. The United States seems like the obvious choice and could easily surpass the figures from London.