Bond fans around the world mourn the loss of the first man to play James Bond on the big screen. 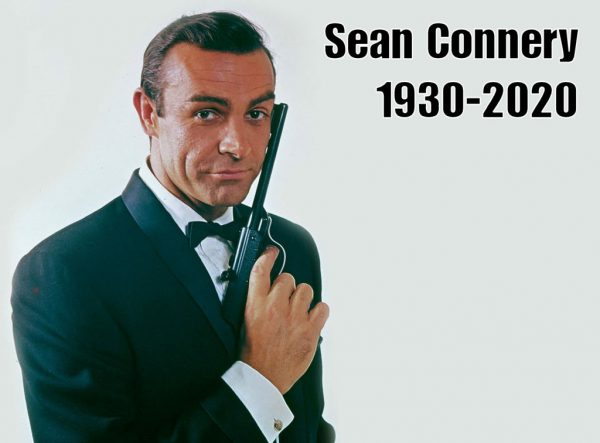 The first actor to play Ian Fleming’s secret agent in a feature film died overnight at his home in Nassau. Connery’s son, Jason, added that the actor had been ill for some time and that he died peacefully in his sleep.

Sean Connery’s relationship with the James Bond franchise is a curiously appealing one. Most critics would argue convincingly that Sean Connery’s success and acceptance by the public would have been impossible without the bond franchise. But then again, exactly the same thing can be said about the Bond movies.

Sean Connery was born in 1930 to Euphemia and Joseph Connery. His mother’s family were Protestants from the Isle of Skye and native Gaelic speakers, while his father’s family were Catholics originating in Ireland.

Sean Connery’s career as an actor did not start immediately. His first job was working as a milkman in Edinburgh where he lived and grew up. After working maintaining this position for a while, he switched employers choosing the Royal Navy over St Cuthbert’s Co-operative society. His career with the navy didn’t last long. After being diagnosed with duodenal ulcer, he was allowed to leave the navy on medical grounds. In need of a job, he worked in various capacities serving as a coffin polisher, lifeguard, artist’s model, labourer and driver among other things.

In 1951, at the age of 21, his flirtation with acting began at the King’s Theatre. At first his contributions were limited to the backstage, but as time went by he became more interested and soon began to consider pursuing a career in this direction. His first foray into movies was an unaccredited role in the 1954 movie Lilacs in Spring. He followed this with about close to a dozen other movies some of which included Hell Drivers, A Night to Remember (1958), Tarzan’s Greatest Adventure (1959), On the Fiddle (1961) and The Longest day (1962).

There is very little doubt that Sean Connery’s break out was his portrayal of Ian Fleming’s titular character, James Bond. Playing the role of the British Secret Agent, with a license to kill, Sean Connery starred in the very first Bond movie Dr No (1962). At the time of the movie, there was still some doubt as to whether an adaptation of the novel would prove to be a success on the silver screen. The producers worked very carefully with the director to find an actor who embodied all the attributes of the James Bond character.  Initially uncomfortable with the decision, Ian Fleming would later on go on to become impressed with Sean Connery’s handling of the character. The movie was a box office hit and was quickly followed by a sequel From Russia with Love (1963).

Sean Connery did not however start out as the perfect Bond. Although he had the sexual charisma of the agent, he lacked the refinement and sense of style that Ian Fleming envisaged. Fortunately, under the tutelage of director Terrence Young he was able to give Bond the sense of style that producer wanted. Terrence Young borrowed much from his personal experience and tastes in preparing Sean Connery for the role.

His performance as Bond led to him featuring in other critically acclaimed movies. Some of these include Alfred Hitchcock’s Marnie in 1964, The Man Would Be King (1975) and A Bridge Too Far (1977) where he starred alongside Laurence Olivier and Dirk Bogarde. In 1986, after a two-year hiatus from making movies, he won a BAFTA for his role in the movie The Name of the Rose.

His age led to him being considered for the role of mentor to younger leads and his ability to play this role convincingly led to him winning his very first academy award for Best Supporting Actor, in the 1987 movie, Untouchables. He followed this with a number of Box office hits some of which included Indiana Jones and the Last Crusade (1989), The Rock (1996), Entrapment (1999) and Finding Forrester (2000). He however had a few box office flops such as The Avengers (1998) and The League of Extraordinary Gentlemen (2003).

During his career as an actor, Sean Connery starred in over five-dozen different movies. Of all the Bond movies, Sean Connery considers From Russia with Love to be his favourite, explaining that “….the story was intriguing and the locations were intriguing. It was an international movie in every sense of the word.” He also has fond memories of the time he spent shooting Indiana Jones and the Last Crusade, saying “I was working with Steven Spielberg and George Lucas. The teamwork was special. It was a great adventure and Harrison Ford and Denholm Elliot were wonderful actors. I had so much fun.”

In 2000, Sean Connery was made a knight of the realm. In total he won two BAFTA awards, three Golden Globes and an Academy Award alongside his other achievements. After five decades of acting, he announced in 2004 that he would be taking a break. His short break evolved into a retirement when, Moustapha Akkad’s proposed Saladin project was cancelled following his tragic assassination. He received a Lifetime Achievement Award from the American Film Institute in 2006.