The Scottish actor and comedian died in hospital. 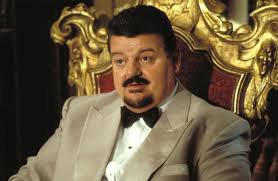 Robbie Coltrane, the highly regarded actor and comedian, passed away on Friday at the age of 72.

Coltrane is perhaps best known for his roles in the Harry Potter films, as well as his work on television in shows like Blackadder and Cracker. He was considered a true talent by colleagues.

He appeared in two James Bond films, Goldeneye (1995) and The World Is Not Enough (1999) as Valentin Dmitrovich Zukovsky.

Coltrane was born on 30 April 1950 in Rutherglen, Lanarkshire. His father was a jazz musician and his mother was a singer. He was educated at Glenalmond College, an independent school in Perthshire. He then studied art in Glasgow, at the Glasgow School of Art from 1967 to 1970.

The cause of Coltrane’s death has not been made public.