Despite denials it looks like filming will start in Norway this week. 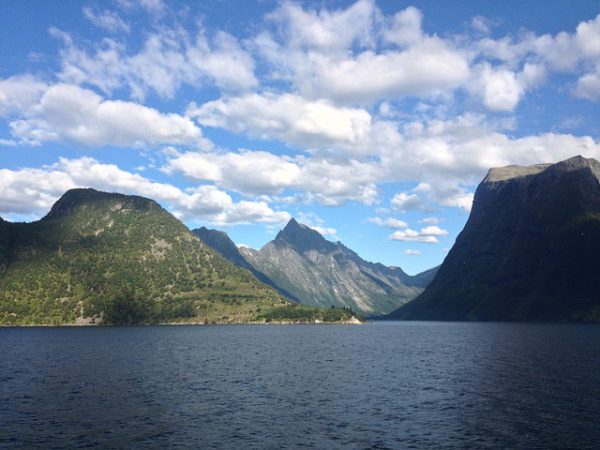 The fjord at Sæbø (Pixabay)

Update: It appears these reports were wrong in one important respect. While filming is taking place here, it’s not for Bond 25 but probably Black Widow. I’ll leave this post here all the same.

The arrival of trailers owned by  Pinewood MBS Lighting and Movie Makers in the Norwegian village of Sæbø has led to speculation that Bond 25 is to start filming there shortly. Sæbø is a small village located on the shore of the Hjørundfjorden fjord.

It is known that the new Bond film was due to start filming in Norway soon and was visited by Cary Fukunaga last weekend. Backing up these rumours is the fact that Per Henry Borch from film production services company TrueNorth Norway is in the town. The company is known to be working on Bond 25.

But after initially not commenting on the rumours, Borch now denies Bond 25 will shoot in Sæbø:

There is a lot of speculation. I can deny that it is the “James Bond” production that is in place in Sæbø.

The truth is that Bond 25 is almost certainly going to shoot here this week despite the denial.

According to VG the town’s mayor says shooting will take place on Tuesday and Wednesday. The website claims to have seen email correspondence between a location scout and TrueNorth Norway. According to the article:

[T]he company has received permission from the Norwegian Public Roads Administration to close the road into the center, county road 655, for shorter periods May 29.

It goes on to say:

[T]he company will film in Sæbø center, “between the hotel and the shops”. They will also film in the square and around the ferry quay, as well as out on the fjord “with more”. The company states that there will probably be some helicopter traffic in connection with the film recording.

“It is desirable to be able to dispose of the quay area and the street area to the scenes we are going to do there.”

At the same time, the production company has been authorized to add to the municipal quay between May 28 and 29.

And Dagbladet has further information. When asked whether Daniel Craig will be on location the mayor of the municipality replies:

I do not know. It will be exciting to see. It is not for nothing they are raising themselves to such. They will also come in with their own ship.