Last week a German newspaper reported that a helicopter has been purchased for use in Bond 25. 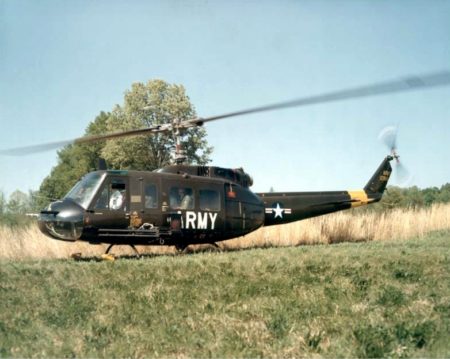 While the report seems unlikely, given there is little evidence that work on Bond 25 has actually got underway, the James Bond Club Germany followed up on the story with the museum’s owner. According to The Bond Bulletin Clemens Aulich, owner of the Wernigerode’s aviation museum, confirmed that a Bell UHD-1D Huey had been sold and is headed for Heathrow today. According to The Bond Bulletin:

A request for a Bell UHD-1D helicopter had indeed been made by the James Bond production company, that an agreement had been reached and that the military aircraft will be flown to London Heathrow on 09 February. The helicopter is to be used specifically in the next Bond film said Aulich.

So what do we make of this?

If you’ve got any better ideas than me at this point please leave a comment. I’d really love to hear your views.

Thanks to Matthew Miner for the alert.