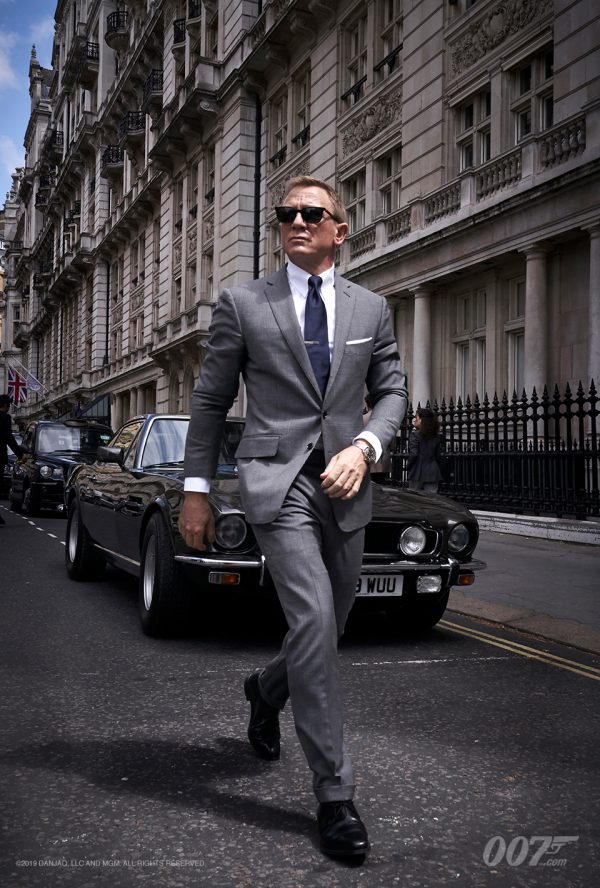 The official 007 website released a photo of Daniel Craig in front his 1987 Aston Martin V8 Vantage after the actor was seen filming in Whitehall this weekend.

Various photos appeared online, both shared by Eon’s 007 social media accounts and the fan community who were there to see what was going on. Here are the photos shared on Twitter by the 007 account:

#Bond25 on location in London. pic.twitter.com/P0C7UoVQjf

Daniel Craig and the @astonmartin V8 on location for #Bond25 pic.twitter.com/cPgfMSlUYm

The following video was also published by the Daily Mail, in which Daniel Craig and the Aston Martin are seen.