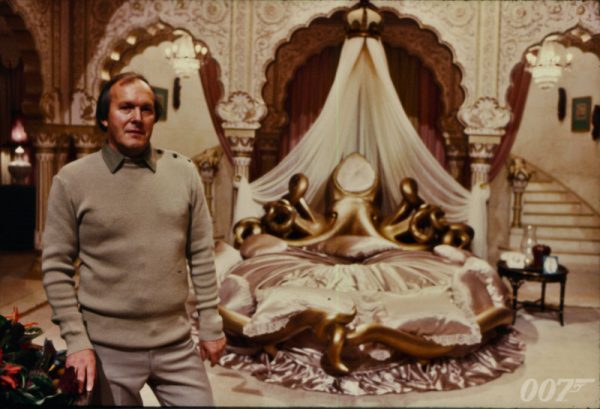 Born in London in 1929, Peter Lamont began his movie career in 1947 as a draftsman. He continued in that role for many years, joining the Bond series on Goldfinger (1964) as draftsman.

From Thunderball he worked as a set decorator, was promoted to Art Director for Live And Let Die (1972), and finally became Production Designer on For Your Eyes Only (1981).

Lamont continued as Production Designer up to Casino Royale (2006), only missing Tomorrow Never Dies (1997) to work on Titanic. That decision paid off handsomely, as he won an Oscar for his work. Prior to that he hand been nominated for Fiddler on the Roof (1971), The Spy Who Loved Me (1977) and Aliens (1986).

Among his dozens of non-Bond credits Lamont worked on Chitty Chitty Bang Bang (1968), based on the children’s book by Ian Fleming and produced by Cubby Broccoli, and True Lies (1994), with Arnold Schwarzenegger.