The Quantum of Solace actor died from a brain tumour according to his agent. 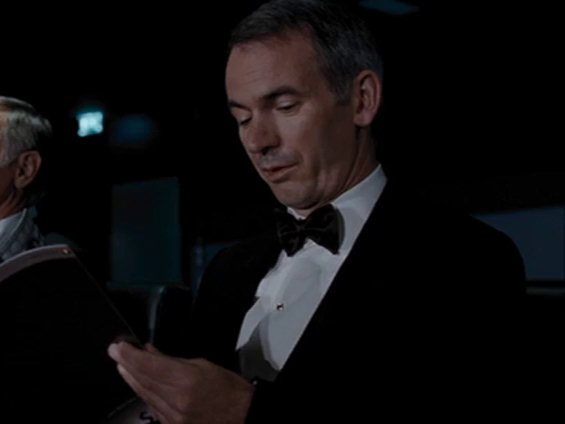 Earlier this week we received the sad news of Paul Ritter’s death at the age of 54. In Quantum of Solace (2008) Ritter played Guy Haines, a British government advisor working for Quantum. His agent issued the following statement:

It is with great sadness we can confirm that Paul Ritter passed away last night. He died peacefully at home with his wife Polly and sons Frank and Noah by his side. He was 54 and had been suffering from a brain tumour.

Paul was an exceptionally talented actor playing an enormous variety of roles on stage and screen with extraordinary skill. He was fiercely intelligent, kind and very funny. We will miss him greatly.

The news prompted tributes on social media from many people who worked with him. As well as Quantum of Solace he appeared in Harry Potter and the Half-Blood Prince (2009) on the big screen as well as numerous television appearances including the mini-series Chernobyl (2019) and the long-running Friday Night Dinner (2011-2020).

He is due to appear in Operation Mincemeat, based on a wartime deception operation in which Ian Fleming had a hand in devising.