Items worn by Sean Connery, George Lazenby and Roger Moore are all represented by the collection produced in association with Eon Productions. 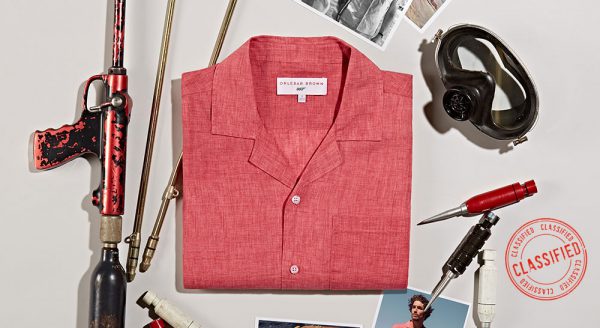 You can find polos, shirts, shorts and a dressing gown from Dr No, Goldfinger, Thunderball and Diamonds Are Forever, including that baby blue towelling onesie from Goldfinger: a dress shirt from On Her Majesty’s Secret Service; and a safari jacket similar to that seen in The Man With The Golden Gun.

As you might expect none of the items is exactly cheap. The towelling onesie comes in at an eye watering £345. And a pair of 007 branded espadrilles, similar to those worn by Sean Connery are £145.

According to the blurb, they’re made by traditional espadrille manufacturer in Spain. But so are the ones I’m wearing right now and probably cost less than €10. Espadrilles just do not cost £145!

Personally I just don’t believe the price being asked for any of these clothes reflects the quality. These clothes are not tailored, so what are you being asked to pay for?