No Time To Die vehicles now at Bond In Motion

Action vehicles from the forthcoming James Bond film are now on display at Bond in Motion at the London Film Museum. 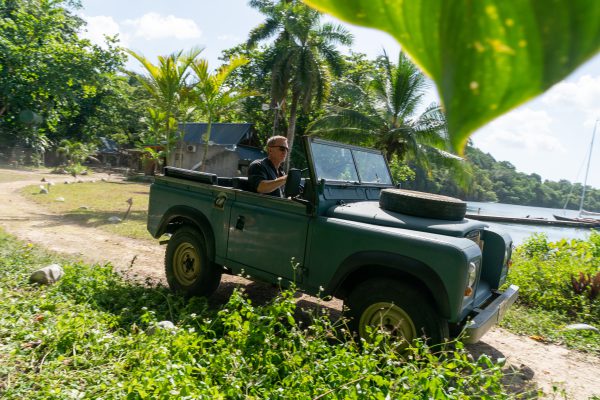 Included in the new display are:

No Time To Die is Chris Corbould’s 15th James Bond film and his ninth as Special Effects Supervisor.

“Initial talks with Aston Martin and Jaguar Land Rover commenced in October 2018, and many detailed conversations were held to discuss the film’s requirements. Aston Martin built eight bespoke DB5’s along with an extensive spares package capable of completing the rapidly evolving action sequence in Matera. They also supplied three Aston Martin V8’s as used in The Living Daylights and two of the latest DBS Superleggera. 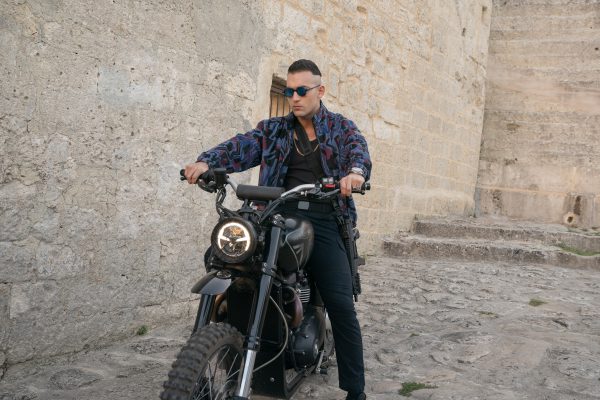 “At the same time discussions were being held with Jaguar Land Rover to produce the first batch of eight New Land Rover Defenders, a mission shrouded in secrecy as the world had no idea at this stage of the design.

“A number of the DB5s and the Defenders were fitted out with complete roll cages, safety fuel cells, fire extinguisher systems, hydraulic hand brakes, battery isolators, rally seats and five-point harnesses. Q Branch gadgets on the DB5 include revolving M134 mini-guns appearing from the drop-down headlights, traditional smoke screen, mines dropping from under the rear bumper and an LED number plate creating a modern take on the Goldfinger (1964) revolving version.

“Other vehicles that played special roles in the film include Bond’s Land Rover Series III, a Royal Alloy GT125 scooter used in Jamaica, and a Triumph Scrambler motorbike used in Matera.

“I think the audience will be thrilled to see the DB5 in full battle mode driving at speed through the streets of historic Matera in Italy. As the city is built on the side of a hillside, the balconies, roofs and gardens created a natural amphitheatre, and the public clapped and applauded whenever the iconic Bond car was in action.”

“I’m the No Time To Die Stunt Coordinator, responsible for a team of 100 professional stunt people. It’s my fifth Bond film, and the stunts get bigger and more ambitious every time.

“All the vehicles we used in the film performed brilliantly. We knew we wanted to achieve something off-road and the New Defender didn’t disappoint. We put the vehicles through the most extreme conditions in a chase sequence, and they were unstoppable. 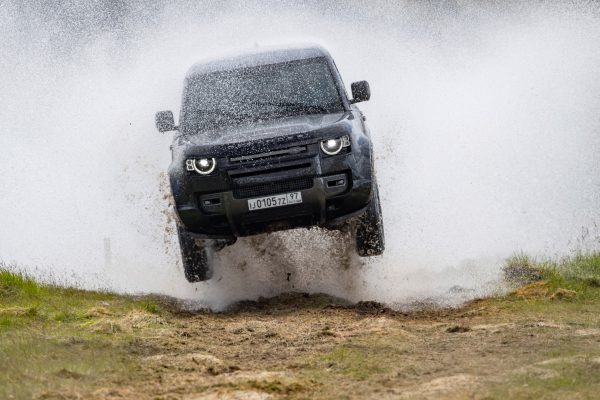 “The three Triumph scramblers and the Tiger 900 we used were specially modified to handle the rigours of the action sequences in Norway and Italy, part of which can be seen in the first trailer. I’m really proud of the stunts we created, and I’m excited to see the audience reaction when the film is released.”

“I drove the DB5s in No Time To Die. Eight stunt replica cars were designed and built for the film, they all had a role to play in different configurations and were fantastic and rewarding to drive, it’s a very special car.

“We filmed in Italy for seven weeks in the summer. Matera is an incredible city, but a challenging environment for a car chase with its narrow cobbled streets, low grip and lots of people around. 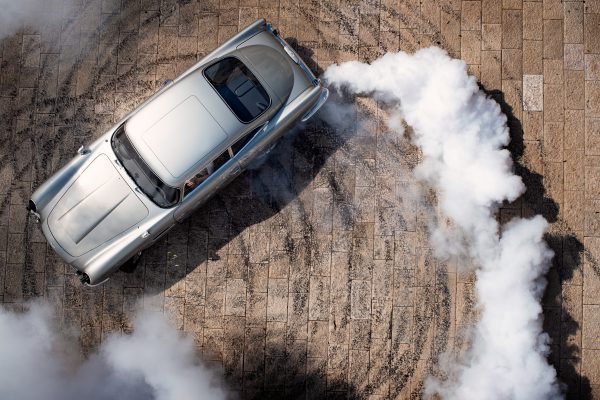 “No Time To Die is my fourth Bond film. It was a great job to work on, and I can’t wait to see the finished sequence in April.”

The London Film Museum and 007store are located at 45 Wellington Street, Covent Garden, and open seven days a week. Tickets are available at the box office daily or in advance from www.londonfilmmuseum.com and www.ticketmaster.co.uk