Home > News > No Time to Die: summer 2021 release being considered

No Time to Die: summer 2021 release being considered

Summer 2021 release for No Time to Die “under active consideration” by MGM and Universal. 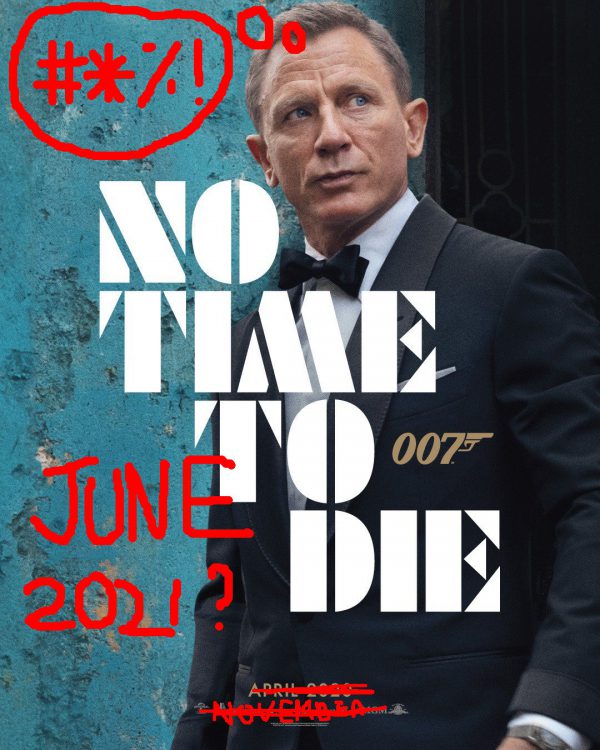 The two studios distributing No Time to Die are said to be actively considering a delay to summer 2021 according to a report published on MI6. While MGM are handling North American distribution under the United Artists banner, Universal is dealing with international markets.

The film has suffered numerous delays since the first release date was announced. First from late 2019 to Valentine’s Day when Cary Fukunaga joined as director following Danny Boyle’s departure, and then to April. Then there was the delay to November 2020 with less than a month before the premiere after Covid-19 had closed China’s cinemas and a foothold in Europe starting with Italy.

Many counties are now seeing surges in infection rates as lockdowns are relaxed. In the USA daily infections in numerous states are at an all time high. It seems likely to be months before the situation is under control given the experience of other countries. It comes as little surprise then that MGM/Universal are considering the move.

Read MI6’s full article at the link below:

2 Responses to “No Time to Die: summer 2021 release being considered”