No Time to Die delayed until April 2021

Filmmakers bow to the inevitable and announced further delay due to pandemic. 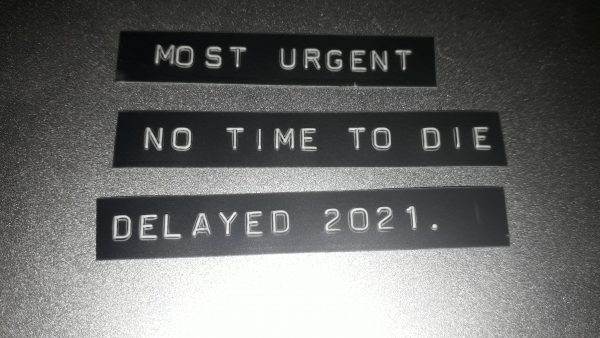 This evening the announcement was made on 007.com and the official 007 social media channels:

MGM, Universal and Bond producers, Michael G. Wilson and Barbara Broccoli, today announced the release of No Time To Die, the 25th film in the James Bond series, will be delayed until 2 April 2021 in order to be seen by a worldwide theatrical audience. We understand the delay will be disappointing to our fans but we now look forward to sharing No Time To Die next year.