It was revealed today that the new 007 museum in Sölden will open to the public on 12th July 2018. 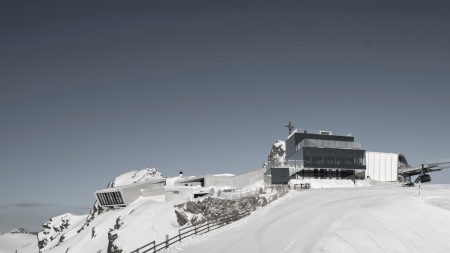 Sölden was chosen as the home of 007 Elements after the area was used for location filming in SPECTRE. The Ice Q restaurant located there doubled as the Hoffler Klinik, and several surrounding areas formed part of the snow chase sequence in the film. 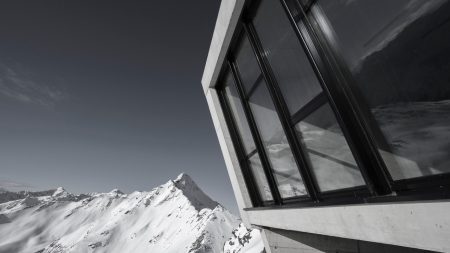 Housed in a striking new architectural structure, designed and created by Obermoser Architects, 007 Elements is a state-of-the-art interactive experience complete with an immersive Bond soundscape that places guests inside the world of James Bond and reveals how that world is made.

Built at 3,050 metres above sea level at the top of the Gaislachkogl Mountain, it is the highest museum of its kind. The emotive experience takes the visitor on a journey through a series of dramatic spaces.

007 Elements is a partnership between Eon Productions and MGM who jointly own the rights to the James Bond films, and Cable Car Companies Sölden. It is accessed via the Gaislachkoglbahn Gondola in the resort village of Sölden.