New James Bond cookbook by Edward Biddulph coming in May 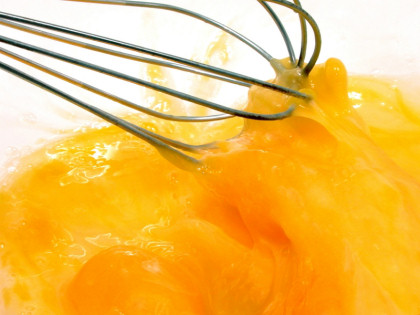 I first became aware of Edward Biddulph’s writing after buying his James Bond cookbook Licence to Cook a few months before my own The Complete Guide to the Drinks of James Bond was published. As well as Bond’s drink my primary interests have always been his food and travels.

Although his contact details were absent from the book I was able to email his photographer, who put me in touch. From there I started following him on twitter (@bondmemes) and his original blog, James Bond Memes. He has a strong interest in Ian Fleming’s works, which overlaps with my own interests, and really dives in deep with research when necessary. Over the years Edward has contributed to The James Bond Dossier, including attending events.

For the last couple of years Edward has been putting his efforts into a new blog, James Bond Food.

So I was glad to read over the weekend that he has a new cookbook coming out in May, published by BearManor Media. According to the author on his blog:

Double-O Dining takes readers on a culinary journey through the James Bond books and films to uncover the secrets of the food that the world’s most famous fictional spy and his companions and adversaries eat during their adventures. The book contains over 100 easy-to-follow, meticulously researched recipes that draw on vintage cookbooks, old newspaper food columns and other historical sources to allow readers to become gastronomic globetrotters and recreate and experience the flavours enjoyed by Bond.

While the book isn’t currently available for pre-order as far (as I can see) it’s one that will definitely be joining my collection. I can’t wait!