A new book that examines the impact of Pierce Brosnan’s first Bond film will be published in June. 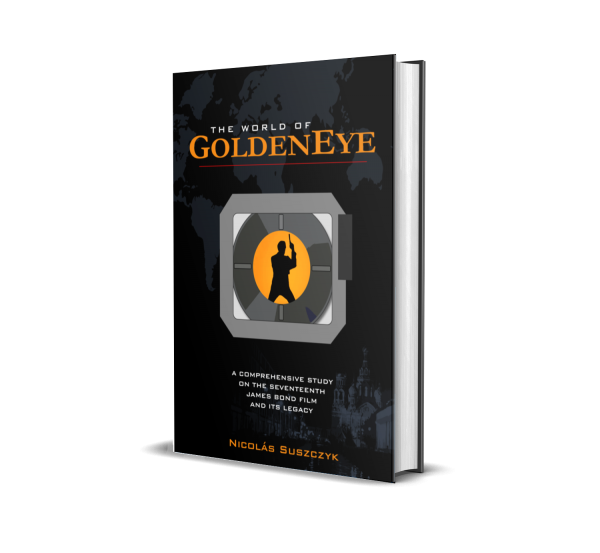 The World of Goldeneye: A Comprehensive Study On The Seventeenth James Bond Film And Its Legacy is due to be published on 8th June 2019 by Amazon Publishing. The book is by some time contributor to this site, Nicolás Suszczyk .

Goldeneye was much more than the debut of Pierce Brosnan in the role of James Bond. It was the film that saved the series after facing six years of an uncertain future, and the title is now a popular legend among gamers thanks to the huge success of the Nintendo 64 video game adaptation.

On the eve of its 25th anniversary in 2020, this book offers a comprehensive analysis on the film and its impact on popular culture that brought a new generation of Bond fans. The creative process behind the film, the emergence of a relatively unknown international cast, and the influence of the Cold War on the story are just some of the themes this comprehensive analysis of the 1995 film will address.

The book is set to be released on 8th June 2019, by Amazon Publishing, to coincide with the 25th anniversary of Pierce Brosnan’s announcement as James Bond. Print and ebook versions will be available.

Author Nicolás Suszczyk has been a James Bond fan since the day he first watched Goldeneye aged 7, in his native Buenos Aires. In 2011 he founded The Goldeneye Dossier, a tribute for his favourite James Bond film. He also manages Bond En Argentina, a site dedicated to the releases of Ian Fleming’s fictional hero in his country, and co-admins The Secret Agent Lair, a blog dedicated to the fictional spies of cinema and literature. The World of Goldeneye is his first book.