Follow up to his previous book comes after lockdown house clear out unearthed new photos. 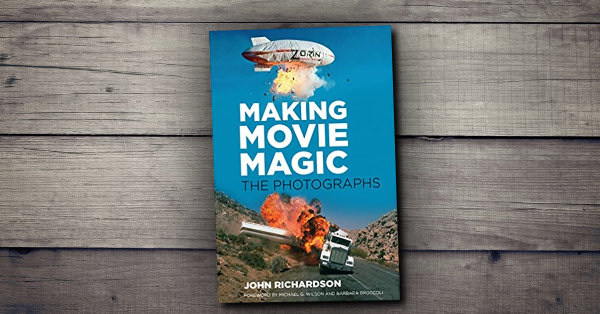 A year later, during a house clear-out as the country was stuck in a seemingly never-ending lockdown, he unearthed another treasure trove of unpublished, behind the scenes images from the blockbuster films he worked on.

Featuring never-before-seen photos from all of the Harry Potter films, eight James Bond films, Aliens, A Bridge Too Far, Willow, The Omen and many others, all reproduced in stunning colour alongside extended captions which reveal how the effects were achieved, Making Movie Magic: The Photographs is a further celebration of Richardson’s extraordinary body of work.

John Richardson has enjoyed a 58-year career in the film business as an acclaimed special effects technician and supervisor, working on well over 100 films and several of cinema’s biggest franchises. He has been Oscar-nominated six times and won for Aliens in 1986. This is his follow-up book to the bestselling Making Movie Magic (The History Press, 2019).

The new book has a foreward written by Eon Productions’ bosses Michael G Wilson and Barbara Broccoli. Published by The History Press, it will be available from 20th October.

Pre-order using the link below: