New Bond in Motion exhibitions to open in US and UK

Two exhibitions of Bond vehicles to open later this month and next. 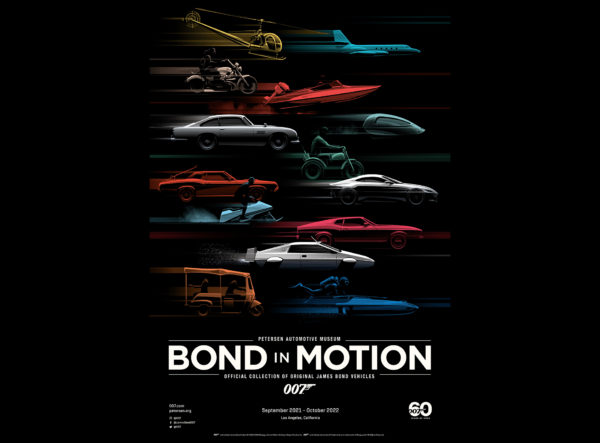 The 50th anniversary of James Bond on the big screen saw the opening of an exhibition of cars used in the films.

Bond in Motion opened in January 2012 at the National Motor Museum in Beaulieu, Hampshire. In March 2014 it moved to the London Film Museum in Covent Garden, where it remained until January 2021.

Now Eon Productions has announced that as part of the 60th anniversary celebrations Bond in Motion will re-open at the Petersen Automotive Museum in Los Angeles on 25th September 2021.

Bond in Motion will be the largest official Bond vehicle display to date in the U.S., and will feature more than 30 cars, motorcycles, boats, submarines, helicopters and even scale filming models of aircraft from an array of both classic and contemporary Bond films.

Tickets for the exhibition’s opening reception are available at www.petersen.org/bond.

Fans in the UK have a new exhibition to look forward to also. Bond in Motion – No Time To Die opens at the National Motor Museum at Beaulieu on 15th October. 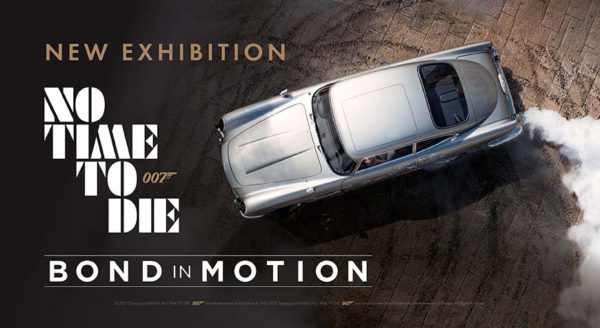 As the name suggests, it features vehicles from the forthcoming film. These include a number of Aston Martins including the iconic silver birch DB5 as well as the folding-wing glider so far seen in the trailers.

The exhibition also features a section dedicated to Q Branch, with a number of gadgets from the film plus a shop with 007 merchandise.

Find out more at https://www.beaulieu.co.uk/bond-motion-no-time-die-exhibition/.