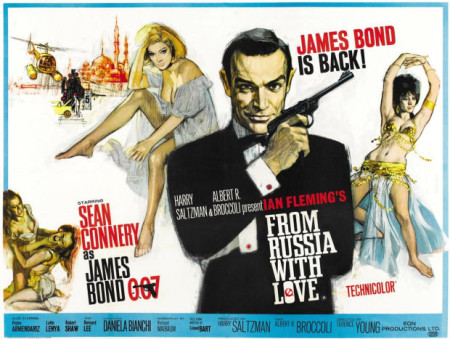 Regin acted in two James Bond films; From Russia with Love, as the mistress of Kerim Bey, and a smaller appearance in the pre-credit sequence of Goldfinger.

She graduated from the Academy of Dramatic Arts in Belgrade and also the University of Belgrade’s Faculty of Philosophy. Her acting career began during her student years and expanded through Yugoslav-German co-productions to Germany, and later, to the UK, Austria and New Zealand. She is best known for her roles in several British films and TV programmes in the 1960s, and the 1964 New Zealand film Runaway.

Her TV roles included Danger Man, The Saint and Dixon of Dock Green. She also rehearsed for episode “Girl on the Trapeze” of the series The Avengers, but ultimately the role on the recording went to actress Mia Karam.

In the 1970s her work included reading and selecting film scripts for production by film companies including Rank Films and Hammer Films. In 1980, she and her sister Jelena formed Honeyglen Publishing Ltd, a small publishing company, specialising in philosophy of history, belles lettres, biography and some fiction.

Nadja later devoted her time to writing. Her novel, The Victims and the Fools, was published as an ebook under her full name Nadja Poderegin. She also wrote a children’s story, The Puppet Planet, and worked on her memoirs, titled Recollections.