Monty Norman, who is credited as composer of the James Bond Theme, has died. 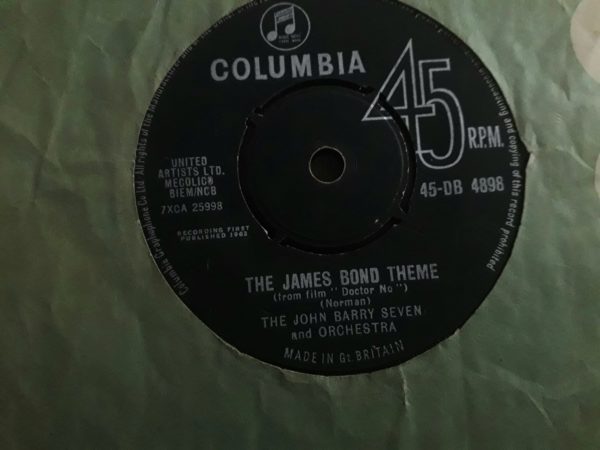 Yesterday Monty Norman’s official website announced that the musician and composer had died after a short illness.

Norman’s best known work is, of course, The James Bond Theme, instantly recognisable from just a few notes. He was signed to write the score for Dr No, including the signature theme which was adapted from an earlier song, Bad Sign, Good Sign, written for an unreleased stage musical.

However the producers asked John Barry to arrange and perform the track, with its distinctive lead electric guitar with jazz backing. The James Bond Theme has appeared in all the James Bond films produced by Eon Productions. Harry Saltzman and Cubby Broccoli were clearly impressed by Barry’s work, as he was asked to compose the soundtrack for From Russia With Love the following year and later became the James Bond composer against whom all others were judged.

It’s easy to see why Norman’s wasn’t asked back. His score for Dr No is rather disappointing overall and much of it is distinctively odd. On the other hand Barry’s arrangement of The James Bond Theme was fresh and exciting.

Later John Barry claimed to have written The James Bond Theme. When The Times repeated Barry’s claim in 2001, Norman sued. The court found in Norman’s favour and he retained full credit for the track.

Monty Norman was born Monty Noserovitch in 1928, the son of Latvian immigrants. After National Service in the RAF he was a big band singer and sang in variety shows. In the late 1950s he started composing songs for various performers as well as stage musicals. One of these was the English adaptation of French musical Irma La Douce.

Interestingly, chapter 9 of On Her Majesty’s Secret Service is titled Irma La Not So Douch. Fleming wrote the book in Jamaica at the same time as Dr No was shooting there and mentioned Ursula Andress by name after meeting her on the film set. Whether the chapter title was coincidence or a deliberate nod to Norman by Ian Fleming is unknown, but it is certainly possible.

While Norman was never invited back to compose for the James Bond series, he did compose the music for another Eon film, 1963’s Call Me Bwana with Bob Hope.

Thanks to James Page for the tipoff.

One Response to “Monty Norman dies at 94”