Yesterday we learnt of the death of Michael Lonsdale at his home in France. 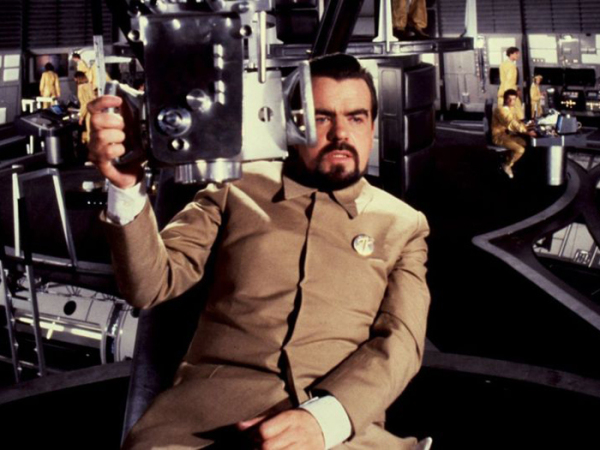 Over the course of Michael Lonsdale’s long career he appeared in more than 200 films as well as a variety of TV shows and stage productions.

One of his best known roles remains his portrayal of Huge Drax in Moonraker (1979). He is also remembered for his appearances in The Day of the Jackal (1973), The Name of the Rose (1986) and The Remains of the Day (1993). However, his film work also encompassed experimental cinema.

Born in Paris in 1931, the son of a British army officer and his half-French, half-Irish wife, Lonsdale spend his early years on the island of Guernsey, one of the British Channel Islands. In 1935 his family moved to London and then, at the outbreak of the Second World War, to Casablanca in Morocco.

A couple of years after the war Lonsdale moved back to Paris with his mother where he intended study painting. However, his interest in acting lead him to his first stage role at the age of 24.

In the 1960s he made his name in French cinema after appearing in two films by François Truffaut, while on the stage he worked with Irish playwright Samuel Beckett. He was also worked with legendary directors Orson Welles and Luis Buñuel.

His stage career included working as both an actor and director and he co-founded a French musical theatre company in 1982. He is also noted for his paintings and published ten books.