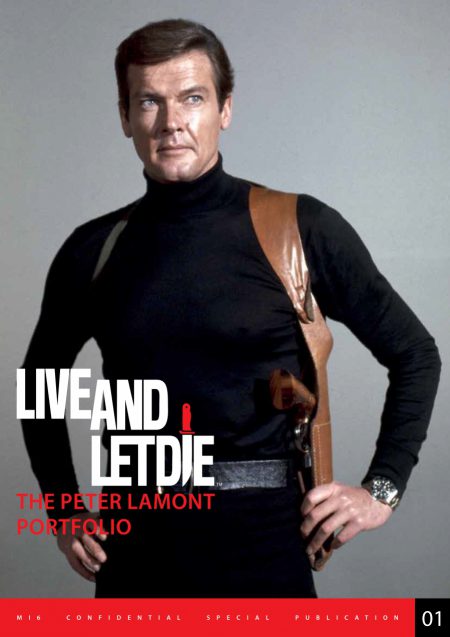 In 2017, after ten years of service, MI6 Confidential has introduced a new special format: a limited-run 100-page perfect bound issue of the magazine taking a deep dive into one particular facet of the franchise. This first special issue was contributed by Oscar-winning art department veteran Peter Lamont. 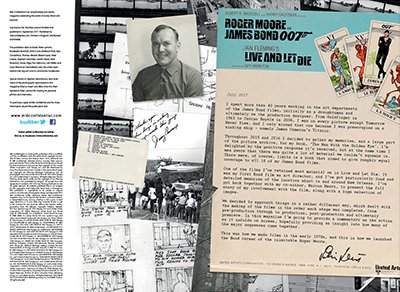 Peter Lamont spent more than 40 years working in art departments of the James Bond films. From draughtsman to production designer; from Goldfinger to Casino Royale, Peter worked on every picture but one. One of the films for which he has collected a great deal of documents and has many fond memories is Roger Moore’s debut as 007, Live And Let Die. 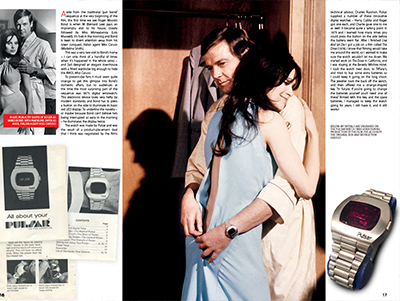 A lot of that material could not be squeezed into his recent autobiography, so Peter came to MI6 Confidential with an offer too good to refuse. In this special 100-page perfect bound edition of MI6 Confidential magazine, Peter tells the story of making the film, location by location, as they appear in the film. 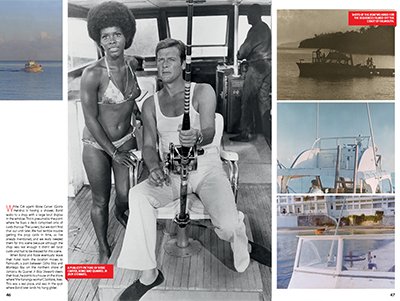 It is lavishly illustrated with rare stills from the film, behind the scenes photographs never committed to print, and notes and storyboards from Lamont’s personal collection. Let our friend and Bond veteran be your guide to the eighth official Bond adventure and Sir Roger Moore’s first.

In this special issue

Live And Let Die – The Peter Lamont Portfolio is now shipping worldwide and can be ordered from MI6  Confidential. Alternatively, you can sign up for the deluxe 2017 package which includes all five standard issues plus this special at a reduced price. See the special order page here for details.