For the first time ever, MI6 Confidential magazine is releasing a double issue to pay tribute to Sir Roger Moore’s tenure as 007. 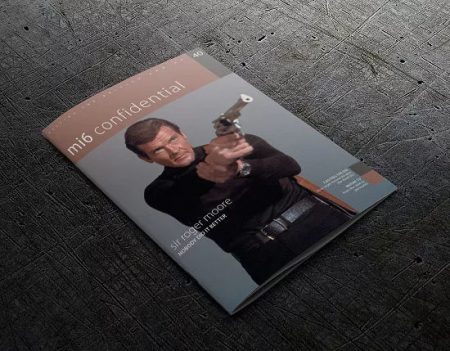 Sir Roger was not only a fine 007, he was a true gentleman, humanitarian, and raconteur. His unique brand of charm, wit, and style permeated everything he did and his self-effacing, humble attitude was a guiding light to which we could all aspire to.

To many, Sir Roger was more than just a 007, he was a beacon, an exemplar of the kind of conduct to which we could strive to achieve. He not only was a humble man who would be the first to extol his lack of virtuosity in the realms of acting, he was also a humanitarian, a man who worked tirelessly to help those less fortunate than himself, particularly the young, for which he rightly received a knighthood.

Issue #40 focusses on Sir Roger’s casting as 007 and his first four films: Live And Let Die, The Man With The Golden Gun, The Spy Who Loved Me, and Moonraker, as well as a feature on his television roles. 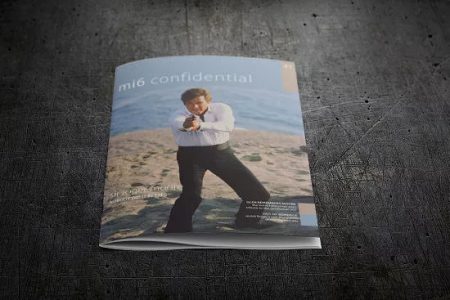 Issue #41 celebrates his final three James Bond films For Your Eyes Only, Octopussy, and A View To A Kill – all of which were directed by John Glen, who provides his memories of working with Roger in a special feature. The issue concludes with a look at his non-Bond films in ‘Out of Bondage’ and photographer Mark Mawston shares stories of Roger in ‘Double-O-Heaven.’

Issues #40 and 41 are now shipping around the world. And you can still get five issues for the price of four from the MI6 Confidential website.