Three time Bond director Lewis Gilbert has died at the age of 97. 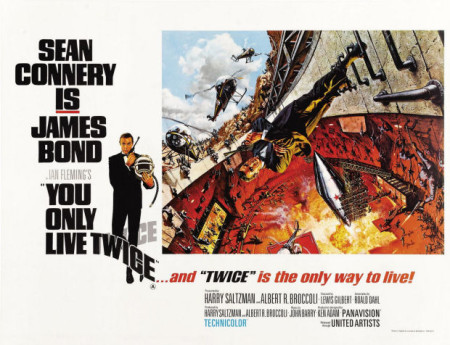 Lewis Gilbert, who directed Sean Connery in You Only Live Twice (1967) and returned to the series to direct the late Roger Moore in The Spy Who Loved Me (1977) and Moonraker (1979), has died according to a tweet by 007 website From Sweden With Love (below):

Saddened to report the passing of legendary director Lewis Gilbert, aged 97 (only a couple of days from his 98th birthday), with three of the biggest @007 films on his resume. Having met him a few times over the years it’s easy to say he was a kind man with a great sense of humor pic.twitter.com/DntcsnZv69

Gilbert was born in Hackney on 6th March 1920 and directed a total of more than 40 films. In addition to the three Bond films, he is also known for the Douglas Bader biopic Reach for the Sky (1956), Sink the Bismarck! (1960), Alfie (1966) and Educating Rita (1983), both with Michael Caine, and Shirley Valentine (1989). The screenplays for the two latter films were adapted by Willy Russell from his stage plays.