Pearson worked for Ian Fleming and wrote biographies of both James Bond’s creator as well as 007 himself. 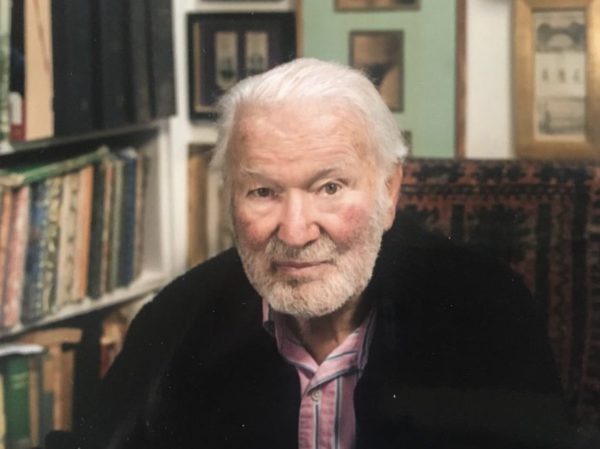 Today we received the sad news that John Pearson has died at the age of 91.

Pearson worked for Ian Fleming at the Sunday Times and so was well placed to write one of the first biographies of the Bond author after he died. The Life of Ian Fleming was published in 1966 and even if you’ve read Andrew Lycett’s excellent Fleming biography it is worth reading for insights provided by the simple fact that Pearson new his subject personally.

Back in 2013 I interviewed Pearson for MI6-HQ and was amused to learn Fleming’s influence at the Sunday Times. Before we got started he told me he and others started to wear short sleeved shirts with suits to emulate Fleming and smoke Morland cigarettes. He also told me how the biography had allowed him to buy a holiday home in Greece. Here you’ll find some of the conversation that didn’t make the MI6 article that was actually recorded though.

Following the success of the biography he was asked to write a biography of James Bond, which he found easy to do as he considered Fleming and Bond to be one and the same person. Permission was sought of Glidrose Productions before James Bond: The Authorized Biography of 007 was released in 1973.

Apart from Fleming and Bond, Pearson wrote books about the infamous Kray Twins, a book about the Clermont Set, including Lord Lucan, and a book about the kidnapping of John Paul Getty III on which Ridley Scott based his 2017 film All the Money in the World.