A trilogy of novels focusing on new recruits to the double O section was announced last week by Harper Collins. 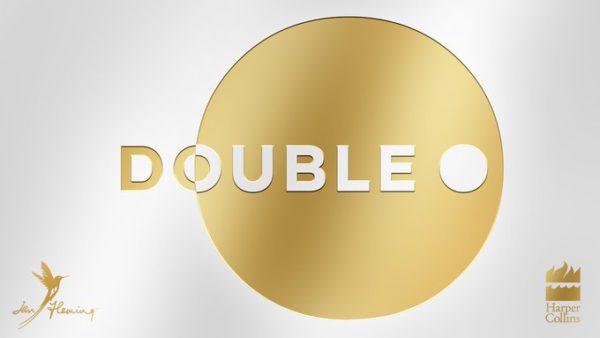 But instead of being James Bond continuation novels, the premise of Kim Sherwood’s new stories is that 007 is missing and presumed to be either missing or dead.

While Eon has pushed back against an expanded James Bond universe, Ian Fleming Publications has decided to go down that route. It’s not the first time either; The Moneypenny Diaries was a series of three novels and two short stories written by Samantha Weinberg (as Kate Westbrook) and published between 2005 and 2008.

HarperCollins Publishers have acquired the UK & Commonwealth and US & Canadian rights to three contemporary thrillers by Kim Sherwood set in the world of James Bond that feature a new raft of Double O agents for the 21st century. The deal was negotiated by Kathryn Cheshire in the UK and David Highfill at William Morrow in the US, with Jonny Geller and Viola Hayden of Curtis Brown, on behalf of Ian Fleming Publications Limited. Kim Sherwood is represented by Susan Armstrong at C&W Agency.

James Bond is missing, presumed captured or even killed. All of Bond’s contemporaries are gone and a new generation of Double O agents has been recruited to replace them and battle a global threat. At the same time, M and Moneypenny are searching for a mole in MI6. Will the truth be uncovered in time – or is this the end of the Double O section?

Kathryn Cheshire says: ‘James Bond is one of the most recognisable names in the world, and I was so excited when the Double O project came across my desk. Kim is steeped in the world of James Bond, and this trilogy is fresh, contemporary, and thrill-a-minute, with a new generation of spies everyone will love. It’s going to be so much fun to publish, and I cannot wait for readers to be introduced to the new Double O world!’

David Highfill says: ‘Kim Sherwood has pulled off the seemingly impossible task of writing a new Bond novel that’s both respectful of Fleming’s original genius and yet refreshingly modern. The book is audacious, pacey, sexy and just irresistibly entertaining. People are going to be talking about this one.’

Kim Sherwood says: ‘James Bond has been one of the enduring loves of my life since I first watched Pierce Brosnan dive from the dam in GoldenEye. I was soon hooked on Ian Fleming’s novels. As a teenager, I chose Fleming when my English teacher asked us to write about an author we admired – I still have the school report. Since then, I’ve dreamt of writing James Bond. It’s rare that dreams come true, and I am grateful to the Fleming family for this incredible opportunity. I feel honoured to be the first novelist to expand the Bond universe through the Double O sector, bringing new life to old favourites, and fresh characters to the canon. I couldn’t be more excited to introduce the world to my Double O agents.’

Corinne Turner, Managing Director of Ian Fleming Publications Ltd, says: ‘In her first novel, Testament, Kim showed a rare gift for characterisation, time and place. She drew readers into a journey that unfolded in unexpected ways. These talents and her near lifelong passion for Fleming and Bond make her the perfect choice for this exciting new extension of the 007 universe. I can’t wait for readers to see what she’s created.’

Jonny Geller says: ‘We struck gold with this latest collaboration with Kim Sherwood as not only is she a fine novelist but a Fleming aficionado of the highest order. Her re-imagining of some of our favourite characters and world building will delight any fan of James Bond and Ian Fleming.’