Over the weekend we learnt of the death of the model and actress who appeared as Tilly Masterson in Goldfinger. 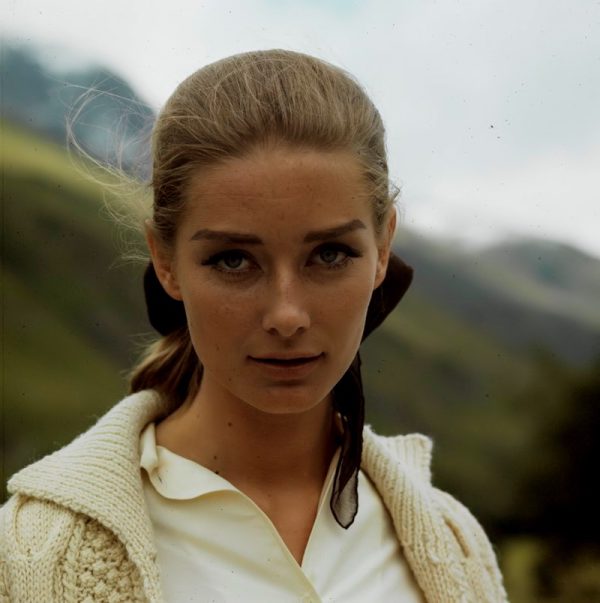 Tania Mallet on the set of Goldfinger (ETH-Bibliothek)

Mallet attended the Lucy Clayton’s School Of Modelling, and started working as a model at just 16 years of age in 1957, becoming one of the most recognisable and famous models of the late 1950s and early 1960s. According to Mallet, she was given the part of Tilly Masterson when someone sent a photo of her in a bikini to Bond producer Cubby Broccoli. The character was killed off during the film when Oddjob hurled his steel rimmed hat at her.

Mallet grabbed Broccoli’s attention before Goldfinger: she was tested for the lead Bond girl role, Tatiana Romanova in From Russia with Love. Even though her mother was Russian, Mallet did not receive the Russian role, supposedly because of her provincial British accent. This is ironic however, considering that the Italian actress Daniela Bianchi, who eventually played Tatiana, had her voice redubbed.

Despite the film’s phenomenal success, Goldfinger would be Mallet’s only major big screen appearance. Mallet cited two reasons for returning to modelling and turning down all further film offers: firstly she did not like the restrictions imposed on her personal freedom when she was under contract during the film, and secondly, she said the money was “dreadful”. She was initially offered £50 a week, and managed to increase her fee to £150 a week after tough negotiations, a fee that she was easily earning a day as a model. According to her cousin Helen Mirren’s 2007 memoir, Mallet was a “loyal and generous person” who was supporting her mother and paying for her brothers’ education with her income as a model.