Today Ian Fleming publications have officially revealed the cover artwork for Forever And A Day, the forthcoming continuation novel by Anthony Horowitz. Although the cover leaked via Amazon UK a couple of days ago, this morning we have a video revealing the new cover.

As well as the new book, a new edition of Casino Royale is to be released with a forward by Horowitz.

It was announced last month that Horowitz’s second 007 continuation novel will be set prior to the events of Ian Fleming’s first novel and reveal how James Bond became 007. 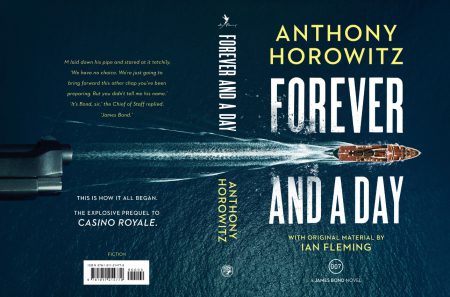 Forever And A Day will be published in the UK by Jonathan Cape on 31st May 2018, while Harper will release the US edition on 6th November.

You can pre-order Forever And A Day from Amazon UK and Amazon.com.