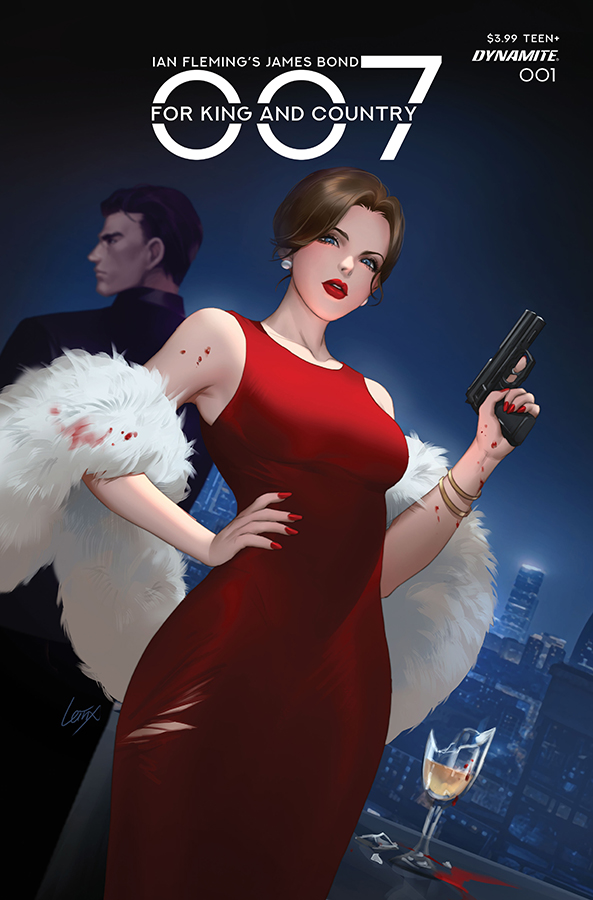 James Bond is back in action this April as the critically acclaimed and bestselling author Phillip Kennedy Johnson celebrates the character’s 70th anniversary with a new comic series called 007: For King and Country.

The new comic series coincides with the 70th anniversary of Ian Fleming’s Casino Royale. Accused of murder and considered a traitor by his own government, Bond is on the run from other 00 agents sent by M.  With only 003, Gwendolyn Gann, as his ally, Bond embarks on a secret mission that could have major global consequences. The question that remains is whether they will survive or be captured by their erstwhile allies before they can uncover the conspiracy.

The series is illustrated by Giorgio Spalletta with covers depicting Bond and Gwen by a squad of top talents such as Joseph Michael Linsner, Rebeca Puebla, Chuma Hill, and Lesley “Leirix” Li, all of them bringing their unique style to the series