Daniel Craig joins Cary Fukunaga and Léa Seydoux in Matera photoshoot after arriving in Italy at the weekend. 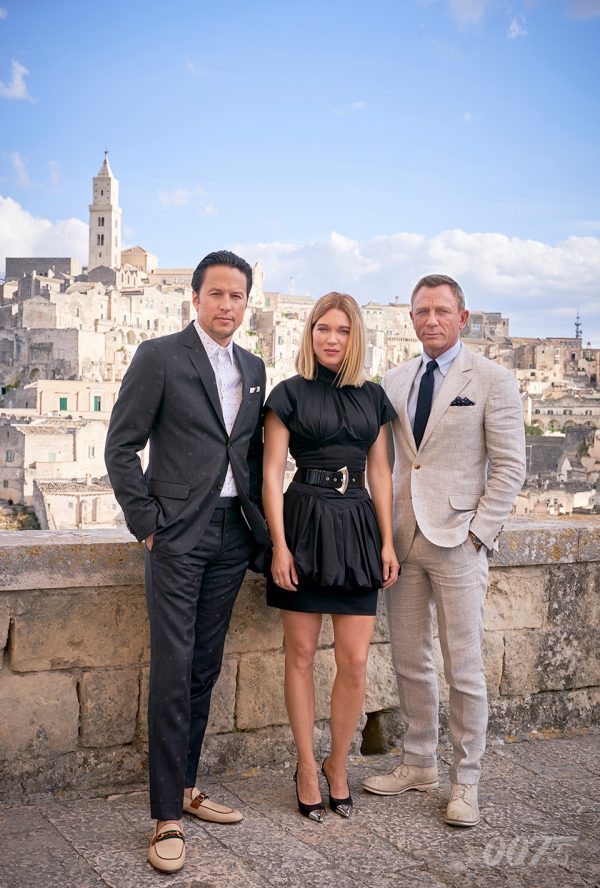 While the No Time to Die has been shooting very publically in Italy since August, Daniel Craig has so far been conspicuous by his absence. Filming to date has involved an extensive car chase shot by the second unit.

However the actor arrived in Italy on Saturday from the Toronto International Film Festival where he attended the premiere of Knives Out. As well as Craig, the film features current Bond Girl Ana de Armas. 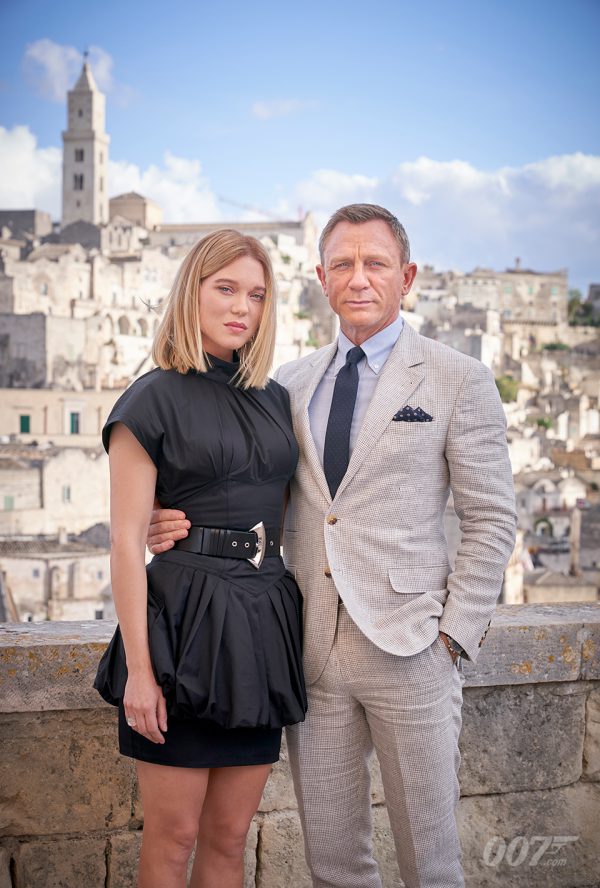 His first task in Matera appears to have been a photoshoot with director Cary Fukunaga and returning love interest Léa Seydoux with picturesque Matera in the background.

According to local Media, Craig will shoot on the hotel balcony set built in Matera, as well as the cemetery created nearby. After Matera the production is expected to head for the coast.

Local media has suggested Sapri in south western Italy and Spiaggia dell’Arco Magno, near the beach of Lido I Gabbiani, a photo of which Fukunaga shared on Instagram previously.

Updated with behind the scenes video.