Christoph Waltz claims he won’t be back in Bond 25

The actor who played Blofeld in SPECTRE says he won’t return in the role. 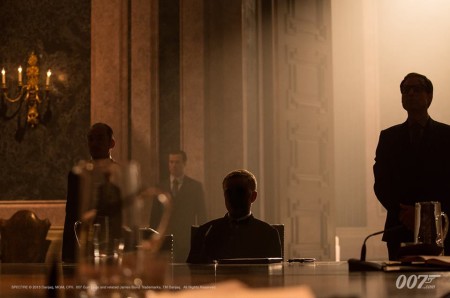 Speaking on the red carpet at the Rome Film Festival just a few days ago, Christoph Waltz was asked by Talky Movie whether he would be returning in Bond 25.

A short video of the exchange was posted on the Facebook page of Talky Movie. It’s just 18 seconds long.

The actor briefly responds to the interviewer’s question about whether he’ll be returning in Bond 25, telling him:

No. I’m really sad, but that’s the tradition that there’s a new… [inaudible]. Sorry. But I would’ve liked to.

You can watch the brief clip below:

Some reports quote Waltz as saying “there’s a new name”, but I don’t think so. The interviewer prompts the actor and it sound to me like he’s speaking Italian. If you’ve got a better idea than me then please leave a comment below!

The problem with this pronouncement is that he claimed during the filming of SPECTRE that he wasn’t playing Blofeld. Previously Naomie Harris also claimed her character, Eve, wasn’t Moneypenny.

It could also be that Blofeld will be played by a different actor in Bond 25. After all, his faced changed frequently in the early films. Also, he has radical facial surgery in the books so that his features change each time Bond meets him.

Or, it could be that Blofeld won’t be returning in Bond 25 anyway. After all the nonsense about he and Bond being foster brothers perhaps Blofeld will be held back for the immediate future.