The No Time to Die director discusses his life and work, including the forthcoming James Bond film. 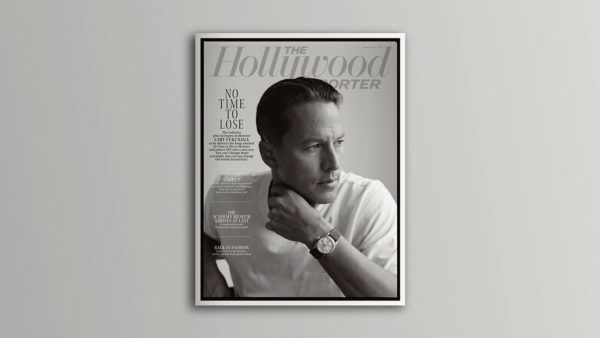 Today The Hollywood reporter carries a new interview with No Time to Die director Cary Fukunaga. Among the topics he touches on are the delays, his early career and bringing Bond up to date.

The interview is a follow up from February 2020, just days before the release was postponed due the pandemic. This piece cites Fukunaga from then, which ends with him saying:

Coronavirus will be very bad for the film.

Regarding Amazon’s proposed takeover of MGM, he says he was kept in the loop:

The author of the piece, Tatiana Siegel, notes that the stakes are high. While many films going straight to streaming and others following the simultaneous theatrical and streaming model, Barbara Broccoli and Michael G Wilson have been absolutely resolute that the film would debut in cinemas only. Siegel notes:

If No Time to Die can succeed during a pandemic lengthened by the delta variant, the theatrical community will breathe a huge sigh of relief.

Talking about Fukunaga’s origins and his mixed Swedish/Japanese ancestry, the director says racially he is:

Sort of unidentifiable… Being an ‘other’ in the check box is always something I’ve quietly been proud of.

He also talks about his struggles with undiagnosed ADHD as a child:

As a kid, I was all over the place, daydreaming, couldn’t focus, couldn’t pay attention… But once I started reading, I really took to it and then I’d be reading three or four books at a time. That was when I actually realized I could be good in school.

Moving ahead to when Danny Boyle left the production, Fukunaga says:

I emailed Barbara and was like, ‘Is there a chance to talk about this?’ She responded right away, and we set up a meeting the next week. I didn’t have a pitch or anything, just asked them what they’re after and what wasn’t working.

On the reason’s for Boyle’s departure, the article notes:

there was a deviation of visions. His version was more tongue-in-cheek and whimsical. Broccoli and Wilson wanted something more serious for Craig’s final outing.

And on updating 007 for the modern world Fukunaga says:

You can’t change Bond overnight into a different person. But you can definitely change the world around him and the way he has to function in that world. It’s a story about a white man as a spy in this world, but you have to be willing to lean in and do the work to make the female characters more than just contrivances.

Finally, when asked how he thinks he will feel once the film is released after being delayed three times due to Covid-19:

It’s so hard to anticipate what I’ll be feeling.