Today sees publication of the latest James Bond book, Carte Blanche, written by Jeffery Deaver. Just as EON Productions did with Casino Royale in 2006, this latest 007 novel book reboots the character to bring him into the 21st century.

Deaver is a long time fan of James Bond to the extent that he claims he has modelled elements of his own life on that of James Bond. In Carte Blanche James Bond is a gulf war veteran recruited by a new department that officially does not exist and independent of MI5, MI6 or the MOD.

The book was launched at St Pancras station yesterday to great fanfare, and initial reviews are positive. While 007 is updated, purists will be happy to know that he drives a Bentley rather than an Aston Martin and although he doesn’t smoke, he still enjoys a drink or too.

The American edition of Carte Blanche is also available to pre-order, below: 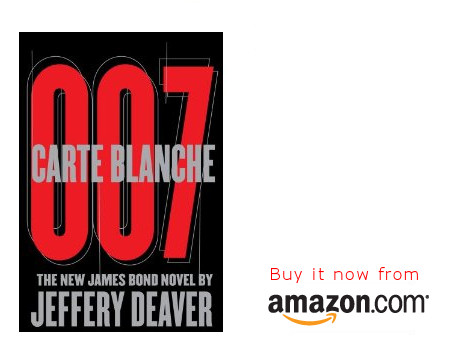