Bond in Motion celebrates 30 years of The Living Daylights

Bond in Motion, the largest collection of original James Bond vehicles in the world, based at the London Film Museum in Covent Garden is celebrating 30 years of The Living Daylights. 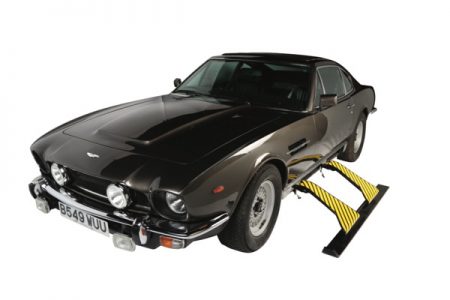 Timothy Dalton played 007 in the 15th film from the iconic series and the film was a worldwide hit when released in the summer of 1987. 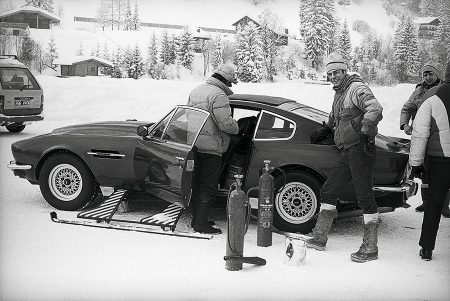 Behind the scenes – Special Effects Supervisor Chris Corbould (right) has worked on virtually every Bond movie since The Spy Who Loved Me. Here the Aston Martin shell is being fitted with compressed air for the jump over the hut. Photo credit: © 1987 Metro-Goldwyn-Mayer Inc. and Danjaq, LLC.

As with all Bond films, The Living Daylights featured state-of-the-art gadgets and audacious action sequences.

During filming in Austria, 007’s new Aston Martin performed a high-speed chase on an ice lake. A dramatic crash ensued before Bond flicked the self-destruct switch. The car had “a few optional extras installed” including:

Following the crash and dramatic explosion, Bond escaped across the border on a cello case that doubled as a sled. The case was made of fibreglass, had skis on the bottom and control handles on the sides. Special Effects Supervisor John Richardson recalls: “As long as you made sure there was nothing at the bottom of the hill they were liable to crash into, it was actually quite fun to ride it down.” 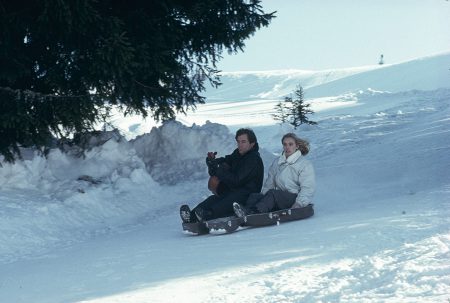 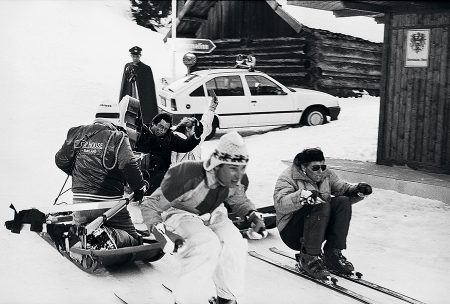 Behind the scenes – Bond & Kara show their passports as they make their escape in a cello case; the camera operator is on a toboggan. Photo credit: © 1987 Metro-Goldwyn-Mayer Studios Inc. and Danjaq, LLC.

London Film Museum Founder and CEO, Jonathan Sands said: “Now in its fourth year, Bond in Motion has grown and evolved as we continue to add previously unseen exhibits. There are no replicas – every item displayed is an original used for filming. 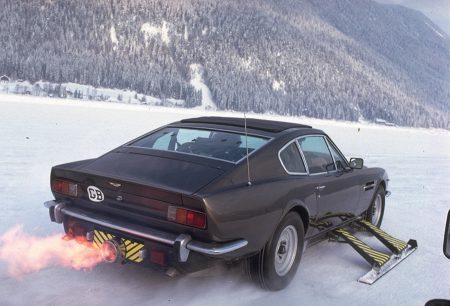 “2017 is a fantastic year for Bond with four special milestones. In addition to celebrating 30 years of The Living Daylights we marked the 50th anniversary of You Only Live Twice on June 12 by adding new props and a new exhibit that focuses on production art. Later this year we’ll be commemorating the 40th anniversary of The Spy Who Loved Me and the 20th anniversary of Tomorrow Never Dies.” 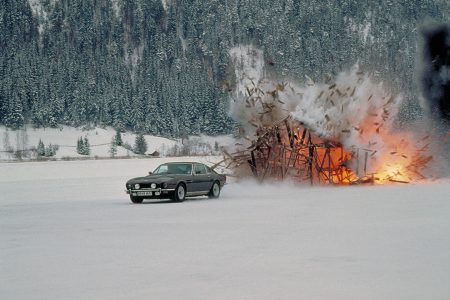 The hero cello case sled that Special Effects Supervisor John Richardson refers to is on display along with the Aston Martin V8 Vantage at the Bond in Motion exhibition.

The London Film Museum is located at 45 Wellington Street, Covent Garden and is open seven days a week. 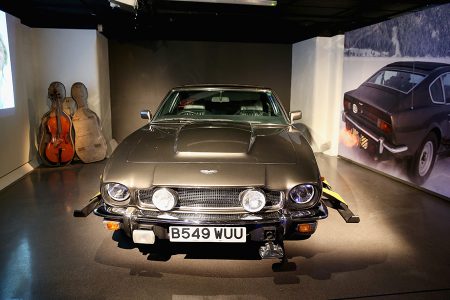