Home > News > Bond 25 to be released by revived United Artists

Bond 25 to be released by revived United Artists

MGM/Annapurna yesterday announced that they have revived the United Artists brand in its centenary year. 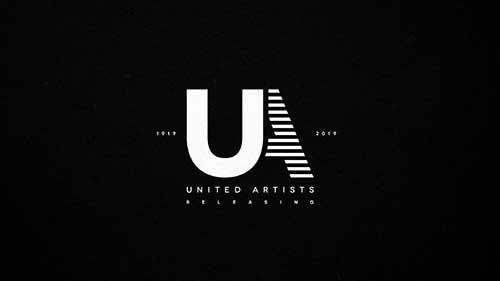 Yesterday MGM and Annapurna issued a press release announcing that they are to revive the United Artists name. The move comes as they expand their existing US theatrical distribution joint venture. The move means Bond 25 will be released under the United Artists banner for the first time since the 1990s.

You can read the press release in full below:

Metro Goldwyn Mayer (MGM) and Annapurna Pictures (Annapurna) today announced plans to expand their collaboration under the companies’ existing joint venture, which will be branded as United Artists Releasing. One hundred years ago today, United Artists opened its doors for the first time and went on to become of one of the most iconic movie studios in history. United Artists Releasing will look to continue this storied legacy.

MGM and Annapurna have been operating a US theatrical distribution joint venture since December 2017. Building off of a successful first year, MGM and Annapurna are solidifying and expanding their enterprise as they embark on the next phase of its evolution. The newly created United Artists Releasing will be bolstered by the addition of the distribution team from Orion Pictures. This addition will enable the distribution teams to navigate under one umbrella to enhance film strategies across tent pole features, lower-budgeted genre films, and auteur-driven awards fare. United Artists Releasing intends to work not only with MGM and Annapurna but with third-party filmmakers – offering an alternative distribution option outside the studio system.

Over the past twelve months, the joint venture has distributed eight films from MGM and Annapurna, including the knockout hit Creed II, which was the highest grossing live action Thanksgiving opener ever, and the critically acclaimed, Golden Globe-winning and Academy Award-nominated Vice and If Beale Street Could Talk.

“We are excited to evolve our partnership and are honored to carry out projects under United Artists’ remarkable legacy established over the last 100 years. Most notably, we are thrilled to welcome the Bond franchise home to United Artists, with the release of Bond 25 next year,” said Jonathan Glickman, President MGM Worldwide Motion Picture Group. “The United Artists brand is a natural fit, as our joint venture was founded around the same principle as its namesake: to help filmmakers maintain financial and artistic control over the marketing and distribution of their diverse slate of films. The venture’s forward-thinking strategic marketing and distribution team will continue to pursue that mission as we expand the partnership.”

“I could not be more excited to have the opportunity to expand this releasing venture under the iconic banner that is United Artists. Annapurna was founded with a very similar intent as the original UA in 1919 – to provide a home for artists and their creations in hopes of moving our culture forward. With the major corporations continuing to consolidate, I believe it is important to have an independent option to provide a sanctuary where we can bring forth transparency, dedication, and fair treatment for all the films we have and will continue to love and service. Our team is comprised of not only the most talented executives in the business but also true lovers of film and to take on this initiative with MGM is as exciting as it is promising,” said Megan Ellison, Founder and Chief Executive Officer of Annapurna.

United Artists Releasing has an exciting and diverse 2019 on deck, including Fighting with My Family, directed by Stephen Merchant and starring Dwayne “The Rock” Johnson, Where’d You Go Bernadette, directed by Richard Linklater, the stop motion animated feature film LAIKA’s Missing Link, Child’s Play, a contemporary version of the iconic horror classic, The Hustle, starring Rebel Wilson and Anne Hathaway, Booksmart directed by Olivia Wilde and the animated feature The Addams Family, featuring a voice cast that includes Oscar Isaac and Charlize Theron and directed by Conrad Vernon.

In addition, commencing in April of 2019 (after the release of The Prodigy), Orion Pictures’ theatrical releases will also be distributed through United Artists Releasing. Orion Pictures’ marketing and creative teams will remain intact under John Hegeman at MGM.

In 2020, the 25th installment of the long-running James Bond franchise, produced by Michael G Wilson and Barbara Broccoli, will also be distributed in the US by United Artists Releasing.