Mayor of historic Italian town confirms Bond 25 headed there in August and September. 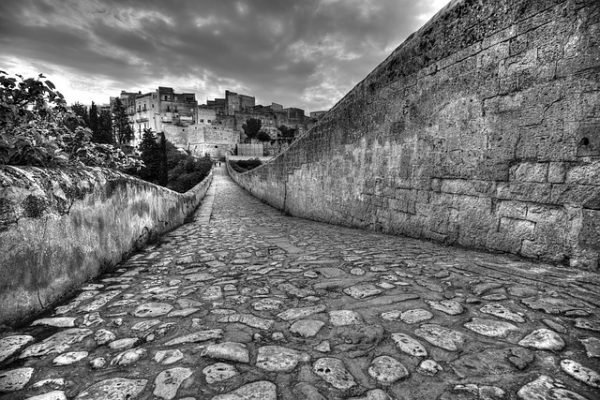 The town of Gravina di Puglia has been added to the Italian locations to where Bond 25‘s cast and crew will head in the summer. The town’s mayor confirmed the news earlier in the week, saying that the agreement with the filmmakers was the result of months of work. The town is around 15 kilometres from Matera, which will also be used for filming.

Gravina’s history can be traced back to Paleolithic times with significant remains dating from the neolithic period. At various points it has been occupied by the Greeks, Romans, Byzantines, Lombards and North African Muslims and has a number of historic sights, including a Roman bridge and Romanesque Cathedral.

According to previous reports, the production is due to arrive in Italy on 12th August. Filming is scheduled from 17th August to 23rd September.