Home > News > Ben Whishaw in the dark about Bond 25 [Updated]

Ben Whishaw in the dark about Bond 25 [Updated]

The new Q knows as little as we do about Bond 25. 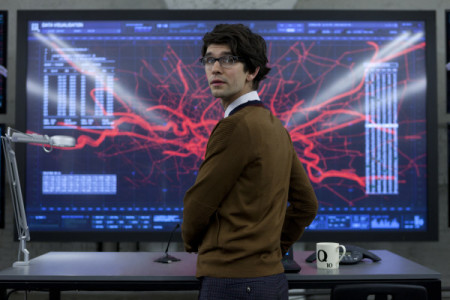 I shared this story of Facebook recently, but if you’re not following The James Bond Dossier’s Facebook page (and why not?) this one may have slipped by you.

Ben Whishaw spoke to Metro US earlier this month, while promoting Paddington 2. Whishaw provides the voice of the marmalade-eating bear from Peru for both this and its predecessor. Asked about Bond 25, he responded:

I haven’t had an update for a while. I would imagine, I think they have a release date for next year, so I think by the end of this year we have to have started filming something. Although it has gone strangely quiet, but that’s often the way it goes.

January 22 update: Whishaw spoke to The Guardian about a new Nicholas Hytner production of Julius Caesar as well touching on the Paddington films and Bond 25. Asked about the next Bond film, Whishaw replies:

I honestly know absolutely nothing. I think I’m going to be in it, but they haven’t told me anything. I don’t even know when we’re filming, haven’t read a script, don’t know who’s directing it. That’s the honest truth. It’s a funny process; I suspect they just haven’t written it yet.

All in all there us nothing of real substance in there, he seems to be working on the same kind of assumptions as the Bond fan community when it comes to shooting dates.