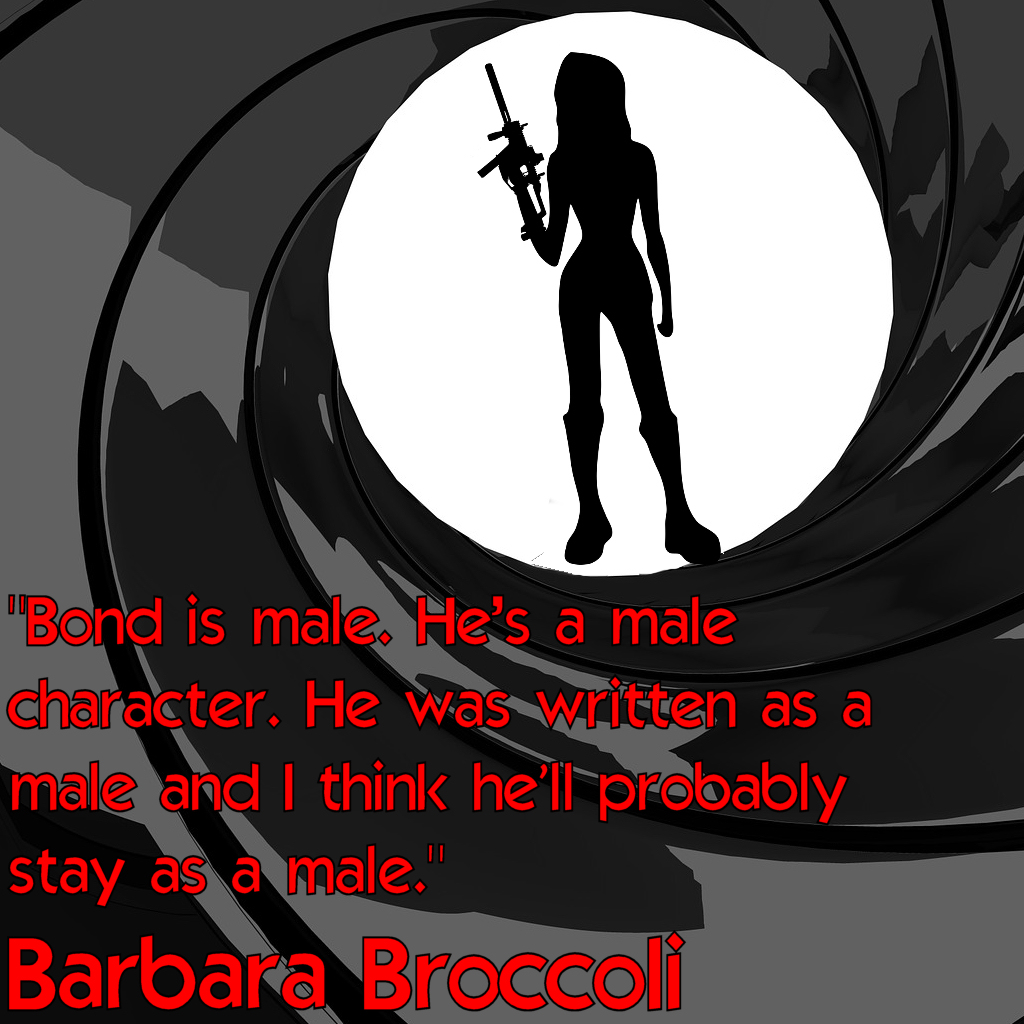 Among the various points she touched upon was rebooting Bond as a female. Now, those stories make good headlines for the tabloids. But why would Eon Productions risk alienating a large proportion of their target audience?

Here is what Barbara Broccoli had to say about it:

Bond is male… He was written as a male and I think he’ll probably stay as a male.

She goes on to say that rather than changing the gender of characters that there should be more female characters with stories to match.

The article notes Broccoli is possibly the most powerful female producer ever and that her last three projects have all been directed by women. It finishes by asking her whether she would hire a female director or screenwriter for Bond. Broccoli replies:

As a female producer, of course I’d like to do that.

The interviewer, Catherine Shoard, doesn’t acknowledge Johanna Harwood’s input on the early Bond movies so presumably she doesn’t know. Harwood wrote early drafts of Dr No and From Russia With Love for Harry Saltzman.

The article also mentions that the Bond sets are comfortable for women thanks to Broccoli’s influence and that she was way ahead of #MeToo. And Broccoli also talks about how the Bond movies have moved on from the 1960s, particularly with Daniel Craig’s films.

You can read the full article containing the interview below: