Variety recently spoke to the Bond producers about No Time to Die and the Bond series in an in-depth interview. 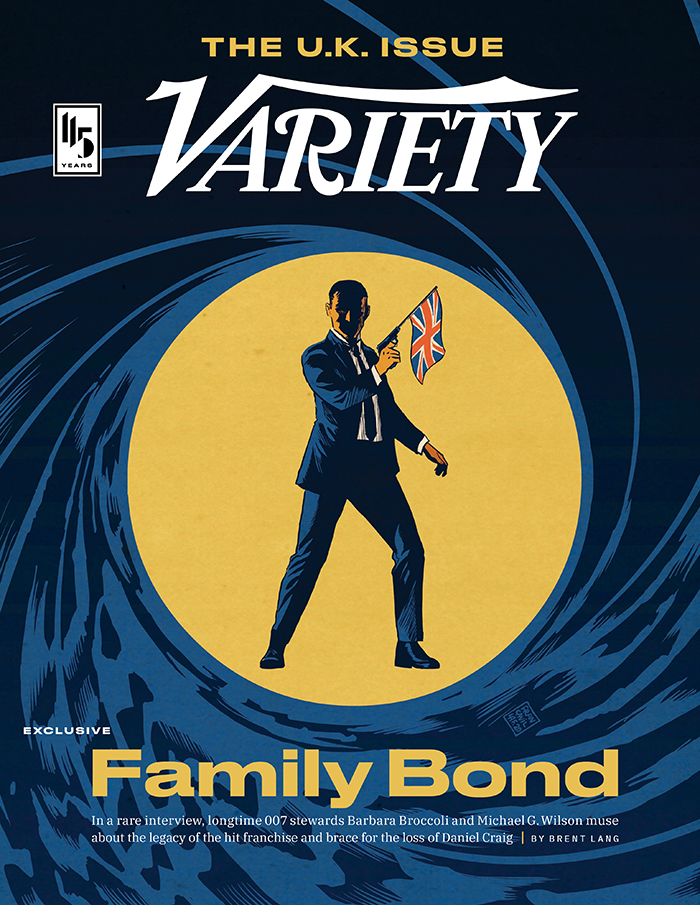 When talking about Daniel Craig leaving the series after No Time to Die Broccoli tells the interviewer:

I’m in total denial. I’ve accepted what Daniel has said, but I’m still in denial. It’s too traumatic for me.

On the topic of casting a black or female actor Broccoli says:

He can be of any color, but he is male. I believe we should be creating new characters for women — strong female characters.

The article mentions their power allowed them to veto a “Smallville-like television series that would have followed a teenage Bond at Eton” and how they were able to exert pressure to cast Eva Green in Casino Royale because the studio was concerned she couldn’t speak with a British accent.

On the other hand Broccoli was left “incensed” after MGM pulled the rug from under her $80 million Jinx spinoff following Die Another Day.

Moving on to No Time to Die the article notes it is the first Bond movie released in the #metoo era and how the filmmakers have been careful in how they are portraying the female characters. While we already knew that Lashana Lynch is a double O, Ana de Armas plays a CIA field agent according to Variety.

Of course it hasn’t all been plain sailing for the 25th James Bond film. Danny Boyle was initially hired to direct the film. According to Broccoli:

We worked together well for a number of months, but there came a point when we were discussing the kind of film that we wanted to make, and we both came to the conclusion we were not aligned. Movies are very hard to make when you’re all on the same page. When you’re not, it’s basically impossible; We recognized that, and in a respectful way we realized that it wasn’t going to work out.

Boyle’s replacement, Cary Fukunaga, initially talked to Broccoli before Sam Mendes came back for SPECTRE. When that didn’t come off Fukunaga “asked to be considered for future opportunities”. According to Broccoli:

He’s brought a fresh new approach. He’s made an emotionally engaging film. It’s epic both in the emotional scale and on the landscape scale.

While the movie industry is in a state of flux as streaming platforms compete against the traditional industry, Broccoli insists Bond’s immediate future remains on the big screen. However she doesn’t rule out things changing in the future.

We make these films for the audiences. We like to think that they’re going to be seen primarily on the big screen. But having said that, we have to look to the future. Our fans are the ones who dictate how they want to consume their entertainment.